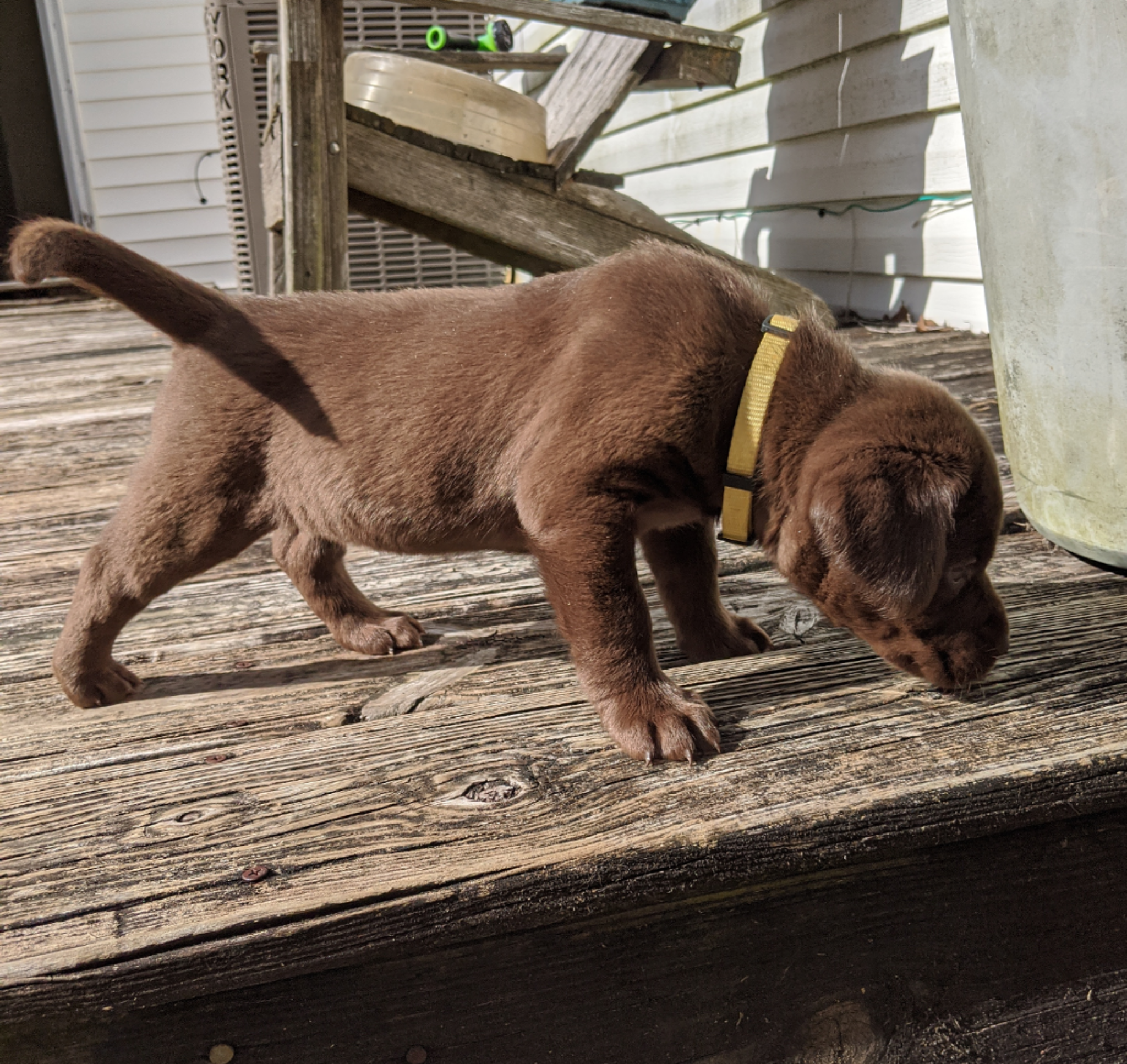 “ESPN Coastal Shop Dogs” via the Talki Foundation have donated a puppy to the Lee County Deputy Dogs.

The dog was taken immediately to the Lee County shelter and treated by the veterinarian on call.

The Lee County Sheriff’s office adopted the dog, deputized him and named him CHANCE.

Deputy Chance was given a second chance at life and was officially named the “Ambassador of Good Will for Lee County and the Lee County School District”, effective April 15th 2019.

Deputy Chance is embraced by people all over the world. He receives cards, letters, gifts from as far away as Australia.

Deputy Chance has raised the working dog bar. He is a special gift.

Today, many “Deputy Dogs” patrol neighborhoods helping others and reporting suspicious activity while walking their pets. They fight all forms of abuse and promote goodwill to others.

Now “Deputy Dogs” embark on a new mission to help those in need with the of love of man’s best friend by adding a special new pup.

The newest recruit in the “Deputy Dogs” program, Deputy Iris, is the offspring of Talki of the Talki Foundation, a 501c3 that raises money and awareness for service animals and their handlers. Talki was one of the great service animals, a diabetic alert dog who saved lives.

Talki, the leader of the “ESPN Coastal Shop Dogs” passed away November 23, 2019.

Iris’ mother Fotina Is the daughter of Heartland Retriever’s Duke, one of the top labs in America.

There can be no doubt with Iris’ rich heritage she will make her parents proud and follow in her father’s paw prints by caring for those in need with love and devotion.

Sheriff Marceno and Mr. D will officially swear in Iris on completion of her training. In her new role, following her father’s legacy, she will command the ”Deputy Dogs Service Dog Academy”

The “Deputy Dogs” program welcomes Iris to the family!