Tramel Walthour is a Dawg 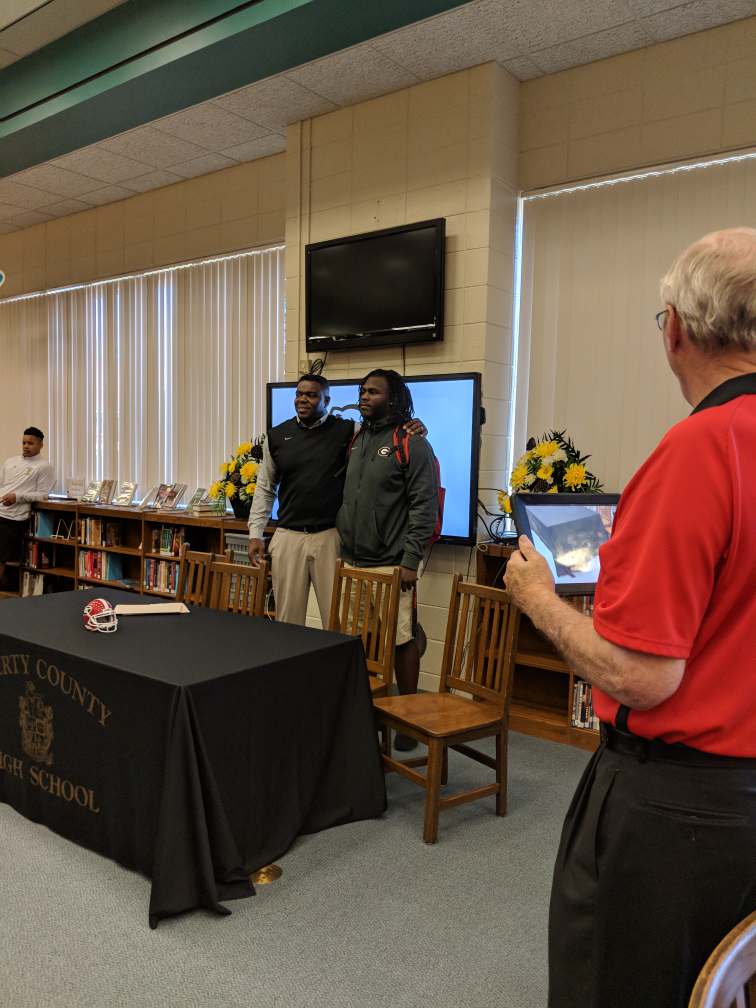 Coach Kirk Warner and his Liberty County squad set several team milestones two seasons ago. The Panthers finished with their most wins (11) in school history; they also claimed the school’s first Region Title. Over that stretch Liberty County went (19-6), which is by far their best two year span since the schools inception.

It was not easy to replace record setting signal caller Jaalon Frazier and four-year superstar Richard LeCounte. Frazier accounted for 4,128 yards and 56 touchdowns while LeCounte racked up 1,636 all-purpose yards hitting pay dirt 21 times while being the team’s second leading tackler.

The Panthers needed to rely on an experienced defensive unit that returned five of its nine leading tacklers. One of the defenders that Coach Warner and his staff counted on to lead the next batch of young players was three-year starting defensive tackle Tramel Walthour. Over the previous three seasons he had recorded 137 tackles and 23 TFL’s.

Read the rest of Tramel’s story on Southern Pigskin .