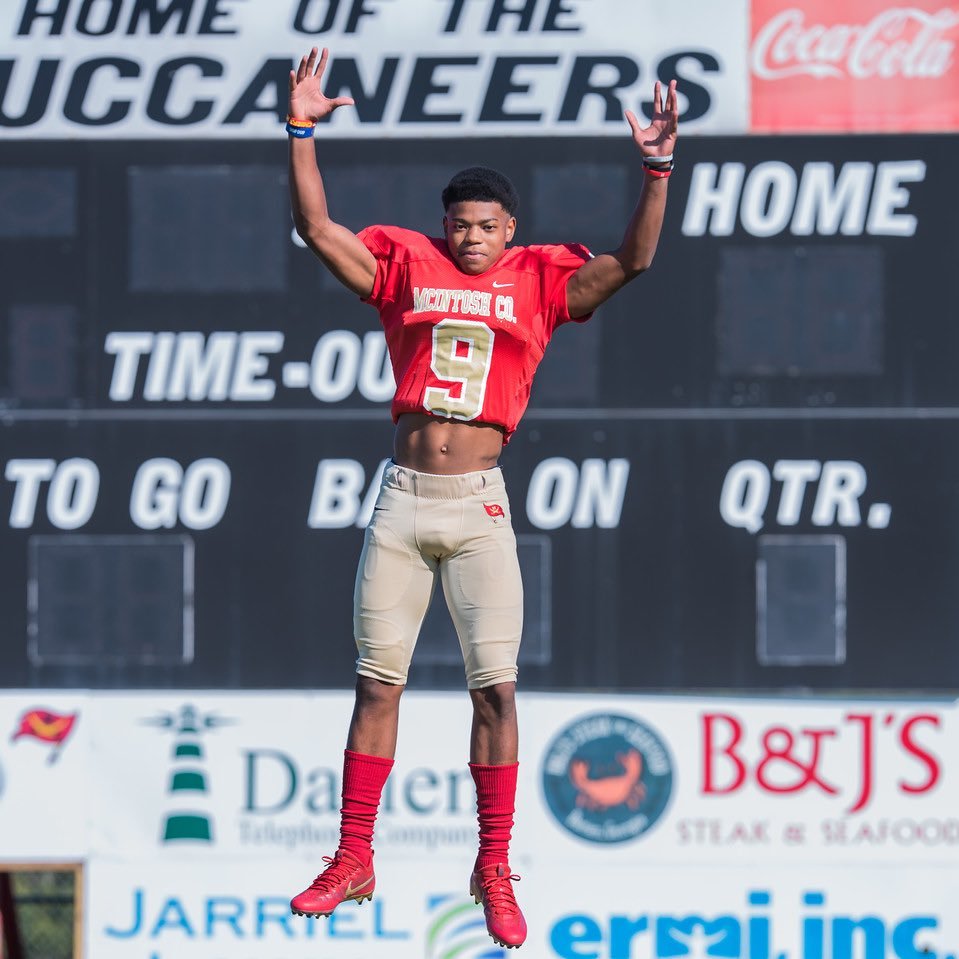 “We couldn’t afford to keep Michael on the bench, so we had to play him on both sides of the ball this past season,” Toomer said. “He ended up leading are team in receptions while deterring opponents from throwing to his side of the field.”

As a senior Campbell caught 38 passes for 361 yards and three touchdowns, while recording 25 solo tackles, seven PBU’s and two INT’s. His hard work did not go unnoticed earning First Team All-Region as well as being named to the ESPN Coastal First Team Defense. As a junior he recorded 37 tackles, three TFL’s and one interception.

His two-way performance shouldn’t have come as a surprise; the speedster tore up the camp circuit this past spring. At the ESPFC Camp held at the Pooler Sports Complex last March, Campbell took home fastest man honors with a 4.33 40-yard dash. Later that spring he posted a 4.31 hand-held 40-yard dash while hitting an incredible 41 inches in the vertical testing at a Rivals.com Camp.

Thus began the late recruiting process for this dynamic athlete. Most players begin receiving heavy recruiting attention prior to, or during their junior season. But that was not the case for Campbell.

Read the rest of Michael’s story on Southern Pigskin