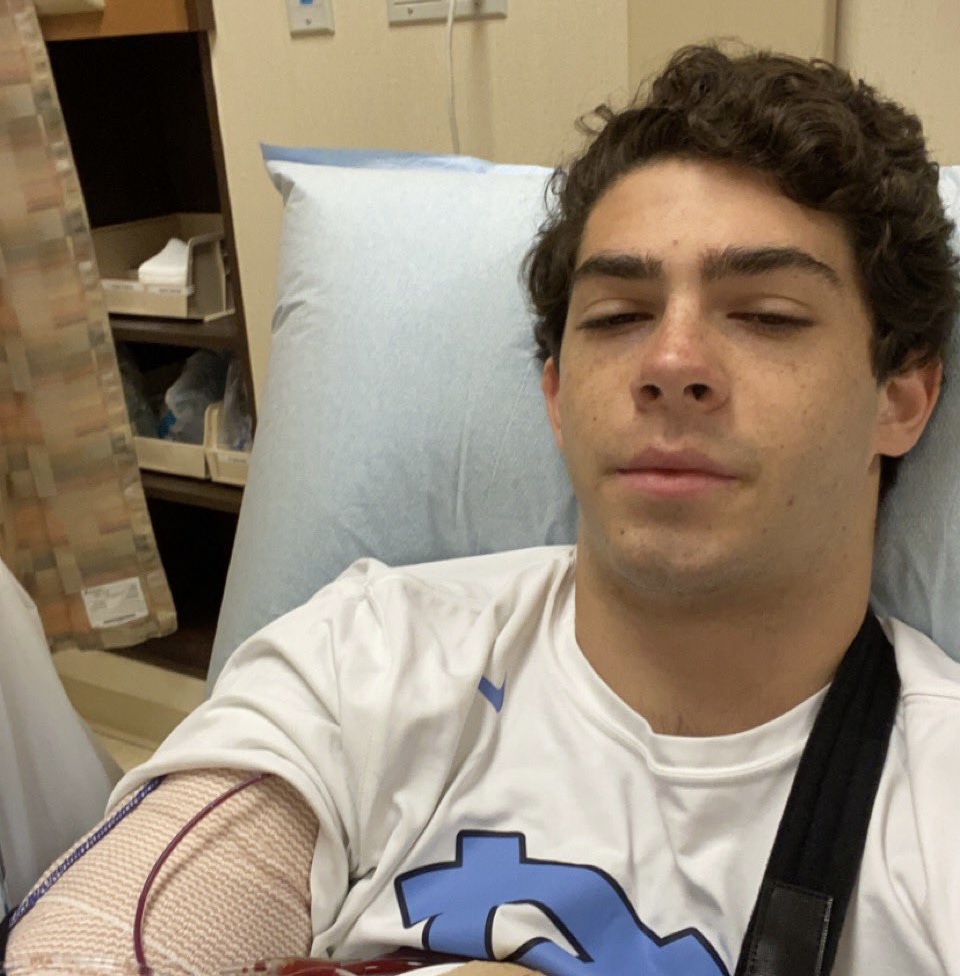 John Wise Long’s Journey Back to the Diamond

Glynn Academy outfielder and North Carolina-commit John Wise Long has made his way back from a torn UCL and Tommy John surgery. He made history along the way.

In his first competitive game back on the baseball diamond after injury, taking the field for the traveling East Cobb Astros in metro Atlanta, Long recorded a remarkable four hits at the plate. In important swings, literally and figuratively, in the post-surgery process, he promptly hit for the cycle, a rare baseball feat where a batter records a single, double, triple and a home run in a single game. Each time Long headed down the first base line, doubts were left in the dust.

“I was pretty nervous, I had nerves running through my body. My approach was just to get the ball in play and hit it hard,” Long explained. “My first at-bat, I hit a triple off the center field wall. That really got my excitement up and gave me a lot of confidence to come back, instead of still being nervous about the recovery process and where I was before. So that gave me a lot of confidence. And then the next at-bat, I hit a double and then I hit a two-run home run.”

John Wise Long...Hit for the CYCLE & was 4-4 in 1st game back from TJ surgery! 7 Months waiting & working. So proud of him. He @johnwiselong stuck to his process. A 2022 UNC @DiamondHeels commit. Expect John to be an impact players this spring in HS. @DiamondTerrors @PGShowcases pic.twitter.com/NwGrQnRqZk

As Long entered his last at-bat in his official return to the game, all he needed was a simple single to achieve a very memorable milestone, one that just doesn’t happen very often in the sport. Much less in an introductory contest for a player trying to regain his form after a serious injury. It proved to be a fitting finale for a player who had already done so much of the hard work, both on the field and off.

For a player with so much to look forward to, being healthy, his senior season, college baseball in Chapel Hill, the here and now of one more hit was something worth celebrating.

“The last at-bat was a single. Surprisingly, that was the hardest at-bat, to get a little single compared to a double, triple or home run,” Long continued. “Once it happened, I had a lot of relief off my chest. It felt great.”

When Long scanned the field, he suddenly did so with a different outlook. Going to back to a February game with Pierce County, Long, right after returning to the team after missing two weeks following a cut hand from a baseball cleat that required 30 stitches, felt a sharpness in his left forearm. An MRI revealed a complete tear of the UCL, a critical ligament located on the inside of the elbow. Long would ultimately have surgery at the Andrews Institute for Orthopedics & Sports Medicine.

“Since then I’ve kind of had a different perspective,” he nodded. “Before that, I hadn’t really faced injury, or, for lack of a better word, adversity, but that kind of gave me a different mindset that you can’t take anything for granted. Basically, after that surgery, I sort of told myself I was going to work as hard as I can and come back better, stronger, faster, everything. The mindset definitely changed and helped me for sure in that first game back.”

The past few months have been trying for Long. There was difficult physical therapy, required three to four times a week. Then there was being away from his team and teammates. Out for the remainder of the season after his injury, it was important for Long to remain as connected to his Glynn Academy team as possible. He traveled with the Red Terrors to every game and made it a point to support his teammates from the dugout. This, too, added to Long’s new frame of reference.

“It was definitely a different scene, but it was something that, I’m not glad it happened, but I’m glad I got to see the perspective that I can’t take anything for granted because it can be taken from me just like that. Going through the recovery process, there was a lot of ups and downs. I just had to stick with the plan and trust God through this process,” Long shared. “It turned out pretty well. I’m still working through it, but I’m just grateful for everything I’ve been able to do.”

Mentally, being away from the game was a challenge all its own. Long has worked for years to ultimately become one of the top prep talents in the state of Georgia and earn a scholarship offer from the likes of national power North Carolina. Simply put, watching, not playing, was something that was completely new for Long.

“Going through the process, just sitting out for six months…I’ve played sports my whole life, I’ve never gone that long without playing,” Long acknowledged. “It’s been difficult, but having people there for you really helped me. It was pretty good to see my friends and family and coaches support and be there for me.

While recovery from surgery is all about rehabilitation and time, those close to Long played a leading part in his return.

“I definitely would not be here without the help of my coaches, my teammates and my friends,” Long added. “Especially Coach Welborn, he’s helped me off the field a lot. He’s a great coach and I’m really excited for him to be the new head coach of this program. He is going to take us really far and the future is going to be great. My friends, somebody would be there for me to help. My parents were really supportive. My younger brother, he plays golf, but he used to play baseball, so he helped me a lot just getting back to throwing.”

Moving forward, Long has big plans ahead. After missing his sophomore season due to Covid-19 and much of his junior year due to injury, the senior is excited and ready for this spring. Glynn Academy, making the Elite Eight in 2021, has one of the top baseball programs in the entire state of Georgia. There is a lot of returning talent, Long included, to a team that made a run at a championship a season ago. Former assistant John Welborn has been promoted to lead the Red Terrors following the retirement of Trent Mongero.

“Our expectations are to go as far as we can and win the state title,” Long stated. “We got a good amount of returners and our underclassmen, we have a lot of stud underclassmen. A lot of people are going to be stepping up. I think we’re going to look really good. Our offense will be really good, our defense is really good, our pitching staff will be good. We’re really excited for it. Especially the new coaches. We have more momentum going in knowing that we can get back to where we were in the Elite Eight and can hopefully go farther.”

Through all of this, for Long, has been a focus on the future. From Glynn Academy to North Carolina, which he calls a “dream school”, and beyond, there is plenty of baseball still to come. The opportunity to be a student-athlete for the Tar Heels is one that Long has been looking forward to for quite some time. Now healthy once again, he can turn his attention to all that is on the horizon. A continuation in the classroom and in competition is upcoming for Long. The spring will be a meaningful springboard forward.

“They are known for having such a good program, they are one of the ten winningest in history. They make it to the postseason all the time. But the big thing for me was the academics,” Long concluded. “My parents have talked about education and how it should be the most important thing. That was one of the big pieces for me. Just in case baseball doesn’t work out, have a plan B. Having an education from UNC is really good and can help me get to places where I never thought I’d be. It’s a great school, it’s just all-around one of the best public schools in the country. I’m just really grateful for the opportunity.”

Though it has taken some time, Long is once again looking the part. One of the most talented baseball players in the area is officially back in the swing of things.