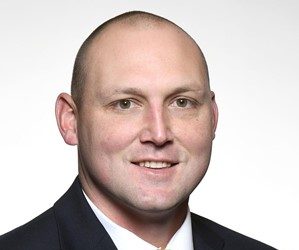 After a wild Early Signing Period, Clay Helton is beginning to finalize his staff at Georgia Southern. On Tuesday afternoon, the school announced that Richard Owens, a 6-year NFL tight end, has been named offensive line coach & run game coordinator for the Eagles.

“We are very excited to welcome Richard Owens to Eagle Nation as our new Offensive Line Coach and Run Game Coordinator,” Helton said. “Richard is known in our profession for producing physical, tough and disciplined offensive line units. His offensive line was a huge reason for UAB’s success over the past three seasons. His units have brought impressive numbers both in the running game and protecting the quarterback. Richard understands what it takes to play at the highest level having been a part of the NFL for five seasons. Having grown up right across the state line in Middleburg, Florida, he understands our southeast recruiting footprint. The production of our offensive line will be raised to new heights under his leadership.”

Owens will be taking over a position group that, like many others, will be going through an identity change, with Georgia Southern transitioning away from the Option.

“Eagle Nation, I can’t wait to join Coach Helton’s staff and get to work,” Owens said. “Georgia Southern University is a program that is enriched with – and known for its – great history, tradition and culture. I’m looking forward to being a part of it. Let’s get going. Hail Southern!”

The full release from Georgia Southern can be read here.