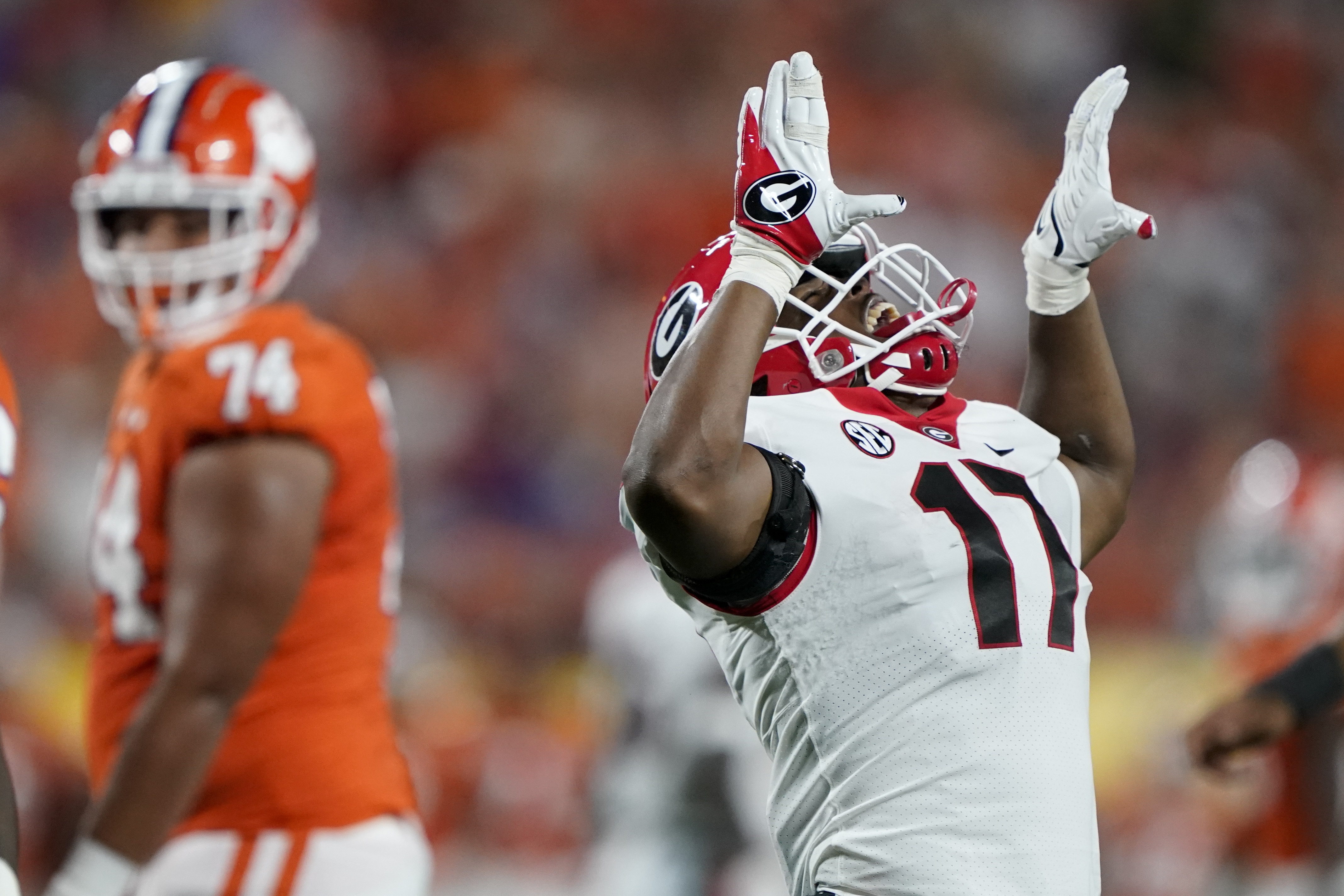 Georgia’s defense is off to a ridiculous start. That can’t be argued. What they’ve done through five games is nothing short of spectacular.

But I, like many college football fans, am extremely hesitant to label a team/unit “great”. Typically, for me, a few years has to go by before I’m ready to apply such a lofty title to a unit. With the benefit of hindsight, and a little nostalgia, those units of the past seem to gain greatness in our minds.

So, to not be too hesitant or too overambitious in my labeling, I will turn to historical stats.

I won’t be going back past 2000, as the game has just changed too much to fairly compare units. Our sample size will be from 2000-now.

Here are the six defenses I came up with as the best of that era (feel free to yell at me):

Now, for the comparative statistics: 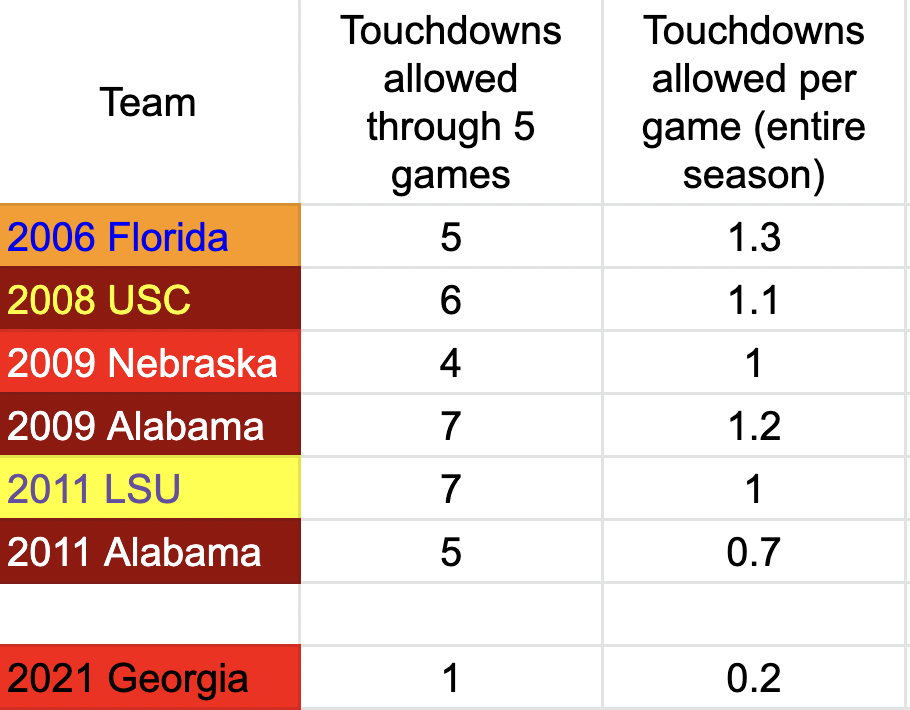 Do with that information what you will. Some will say “Georgia hasn’t played an elite offense!” That’s probably true, but it doesn’t matter who they’ve played, giving up just one defensive touchdown through five games is ridiculous.

This team may not face an elite offense until the SEC Championship, but they are on track to put up incredible numbers.