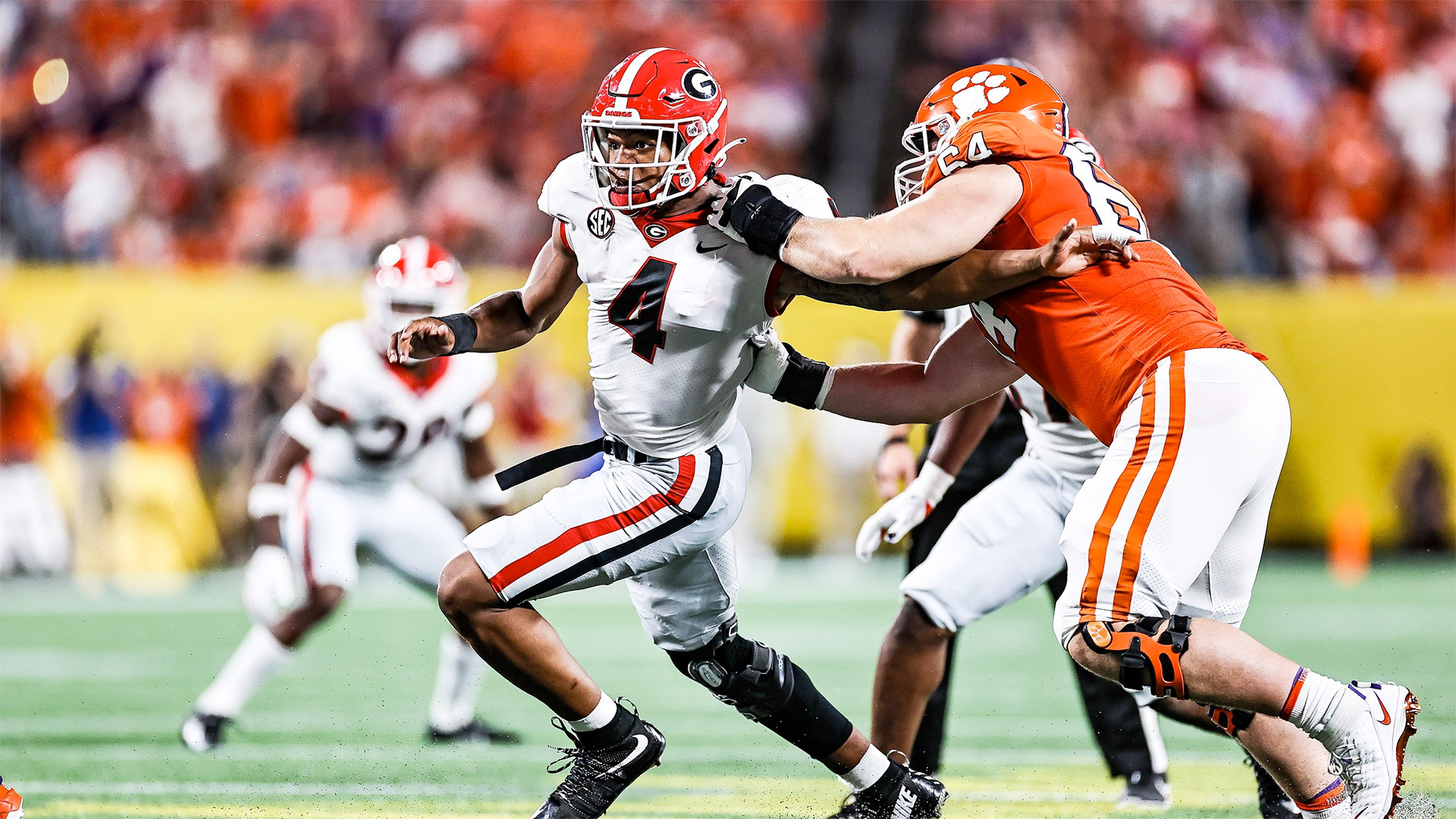 Nolan Smith’s time in Athens has been interesting to say the least. The Savannah-native went from being the no. 1 recruit in the country to fighting for reps among one of the deepest outside linebacker groups in recent memory.

Smith has shared time with the likes of Azeez Ojulari (2nd round pick ’21), Jermaine Johnson (1st round pick ’22), Walter Grant, and a plethora of other top recruits.

After sacking Alabama’s Bryce Young on the final play of Georgia’s National Championship victory, Smith is returning for his senior season as one of the unquestioned leaders of a young but talented Georgia defense.

Though he hasn’t filled up the stat sheet in his first three seasons, Smith has done enough to earn the recognition of some of the top NFL talent evaluators.

Todd McShay of ESPN has Smith going in the first round of his 2023 NFL Mock Draft, available on ESPN+.

The 6-foot-3, 235-pound defender’s sack production isn’t overwhelming (3.5 in 2021 and 8.5 over three seasons), but he forced three fumbles last year and has a lot of upside. I’m excited to see what he can do in 2022 with much of the Georgia defense heading to the NFL. – Todd McShay

Smith can take comfort in the fact that NFL teams value talent and potential over stats. All he needs to do is simply look back at last week’s NFL Draft where his former teammate Travon Walker was selected no. 1 overall despite tallying just 9.5 sacks in his time at Georgia. NFL scouts understand that Kirby Smart’s defensive scheme and Georgia’s overall depth don’t lend to big individual stats. If Smith can continue his progression, there’s no reason why we won’t see his name called on day one of next year’s draft.