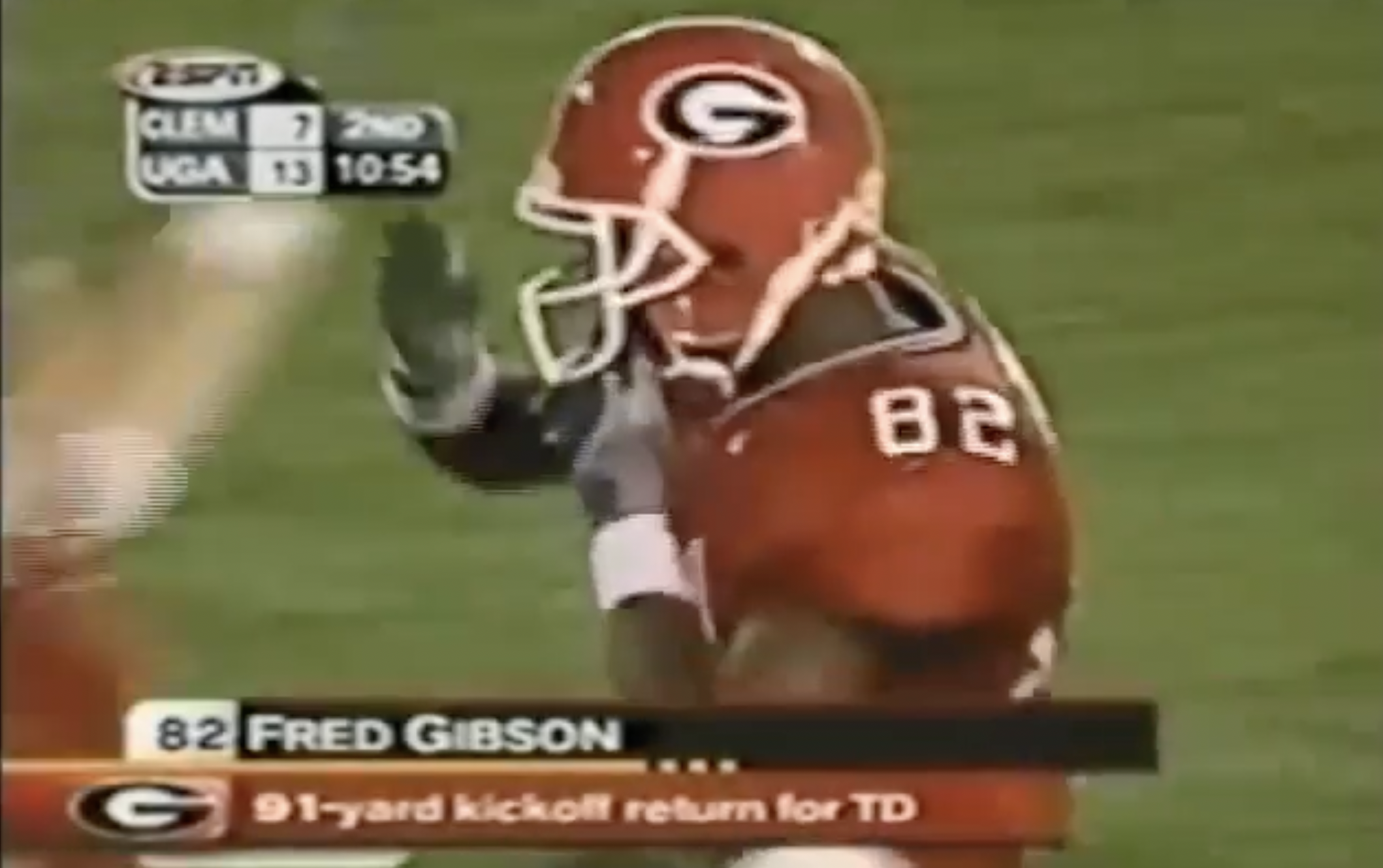 Georgia legend Fred Gibson joined “Three & Out” to discuss Georgia’s 2021 team and tell the story of the recruitment battle Georgia and Florida went through for his services.

His overall impressions of Georgia in 2021

“They’re doing pretty good. As long as they keep doing what they’re doing, taking it one game at a time, I think Georgia controls their own destiny. As long as that defense keeps playing at a high level, and that offense continues to score points, I think we’ve got a chance to take it all the way.”

On not looking past Vanderbilt

“The defense is playing championship defense. With the offense, it’s still the beginning of the year. It’s the SEC, every game counts. Doesn’t matter if you’re playing Kentucky or a non-conference game, every game matters. Georgia can’t look ahead. I’m sure Kirby tells them the same thing, take it one game at a time.”

His thoughts on Georgia’s receiving core

“It doesn’t matter who you play in the SEC, if you don’t come to play you will lose.”

“I played with a lot of great guys at that position. Damien Gary, Reggie Brown, Michael Johnson, Terrence Edwards. We had the tight ends, Ben Watson, we had Randy McMichael and Leonard Pope. I had to share the ball with a whole lot of those guys. The expectations were really high. We didn’t have to do a lot of talking. We knew what we had to do. We held each other accountable, just do your job. That was our mission every week: do your job, do it well, and this team will win ball games.”

Three & Out co-host Ben Troupe played for Florida from 2001-2004, the same years Gibson was at Georgia. Gibson recalled flipping from Florida to Georgia at the last minute

“When I came out in 2001, I was supposed to go to Florida. Ben, he was supposed to be my teammate! I’m from Waycross, Georgia. If you stay in the state of Georgia, you go to the University of Georgia. In my heart, I wanted to go to the University of Florida and be your teammate, Ben, but people were not going to let me do that.” Gibson laughed  “I had people stopping by my grandmother’s house, telling me I made the wrong decision! I thought they were going to kill me, man! They made me change my mind!”

“Playing in the SEC, back when Ben and I played, every game was important. We had Nick Saban-era LSU, we had Cadillac and those guys at Auburn, Tennessee was real good. The expectation was high every week. We had to come to win every week. Every game was important because back then you didn’t have a playoff system. You lose one game, that one game may hurt you. I remember back in 2002, we lost to Ben and Florida. That was the only game we lost. We went 13-1. That hurt us and our chances of making it to the National Championship against Miami or Ohio State.”

Listen to the full interview below