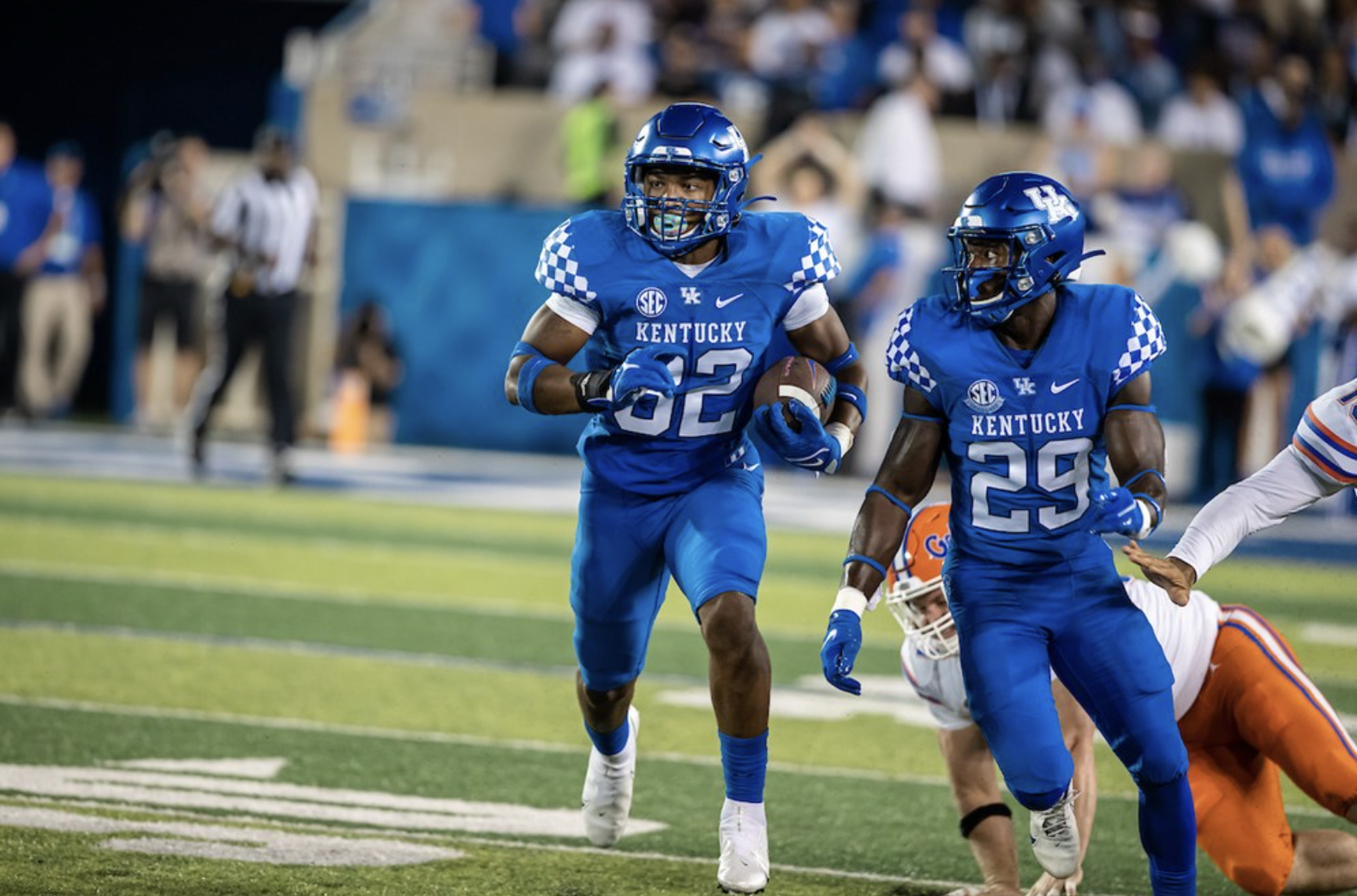 A freshman from Jesup, Georgia will live in the hearts of Kentucky fans forever after Saturday night.

Former Wayne County linebacker Trevin Wallace came up with the play of the game in Kentucky’s dramatic 20-13 win over 10 Florida.

Trailing 10-7 in the third, Kentucky had just thrown an interception in their own territory, setting Florida up in great position to take a two-score lead. Instead, following some stout defense and a penalty, Florida had to settle for a field goal attempt. The ensuing attempt was blocked and fell into the waiting arms of Trevin Wallace. Wallace played everywhere for Wayne County during his time as a Yellow Jacket, and the 6’2 220 pound linebacker looked like a running back as he galloped down the sideline to put Kentucky ahead.

Wallace also tallied two tackles in the game. Kentucky is 5-0 on the year, and Wallace will surely make more plays in his time as a Wildcat, but the play he made on Saturday night will forever be etched in Kentucky history.