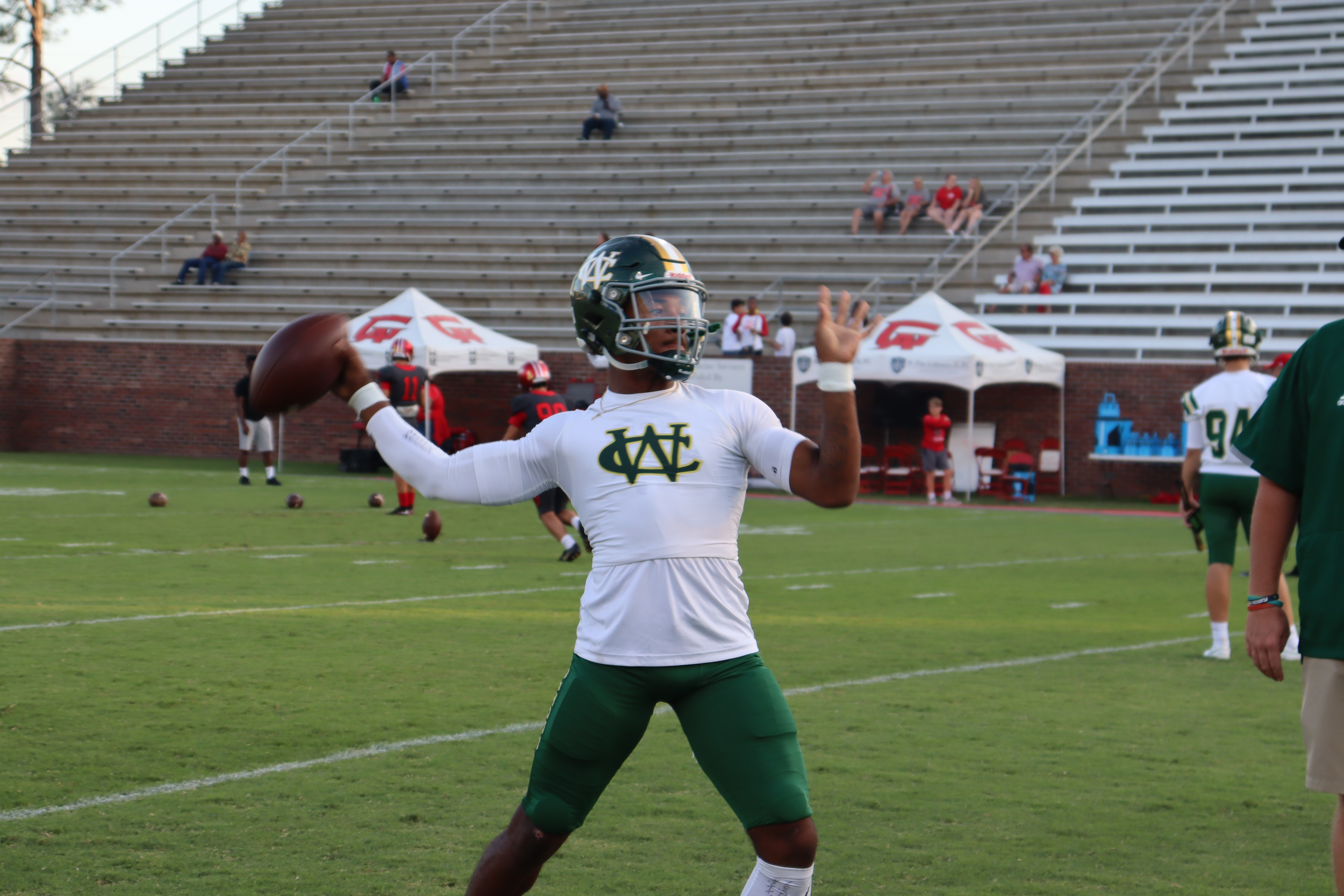 No Ware County Gator had made the list since the great Fred Gibson. That changed on Thursday. Ware County’s Thomas Castellanos was named to the elite club by Todd Holcolmb.

The selection won’t shock any high school football fans in South Georgia. Castellanos has been a star since he stepped on the field as freshman, starting at quarterback for a 5A powerhouse.

2020 was Castellanos’ best season yet, totaling over 3,800 yards and 47 touchdowns on his way to leading the Gators to an appearance the quarterfinals of the GHSA Playoffs.

Ranked as a three-star recruit, Castellanos committed to UCF back in March.

The Gators will kickoff their season on the road against Cook County on August 20th.

Side note: Thomas Castellanos is absolutely deserving of the honor, it’s just surprising that he’s the first Ware County player in over two decades to make the list. Leodis McKelvin was a first round pick in the 2008 NFL Draft. Ernest Jones was a third round pick in 2021, and is now playing for the LA Rams. Dedrick Mills earned All-State honors in 2016 after rushing for 1,211 yards and 22 touchdowns to go along with 96 tackles (11 for loss) and is currently in camp with the Detroit Lions.

Thomas Castellanos does it himself and pushes the Gator lead to 12!