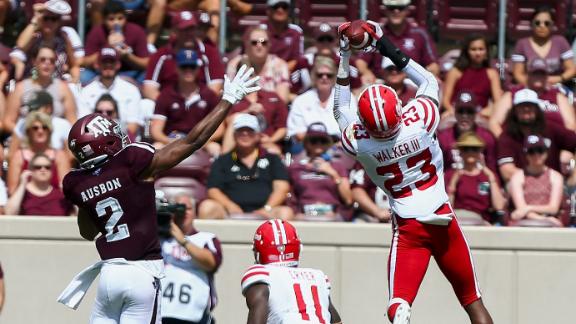 Player “pipelines” from high schools are usually reserved for colleges, but it seems the Detroit Lions may be getting in on the game. The Lions, under new head coach Matt Patricia, selected Tracy Walker from the University of Louisiana (by way of Brunswick High School) with the 18th pick in the 3rd round of the 2018 NFL Draft.

Slay, a 2nd round pick in 2013, wrapped up a season in 2017 in which he co-lead the NFL in interceptions and earned First-team All-Pro honors, as well as an invitation to his first Pro Bowl.

During his career at Louisiana, Walker accumulated 269 total tackles, 19 passes defended, and 8 interceptions. The standout was also selected to the 2014 Sun Belt Conference All-Freshman Team and earned an invite to the 2018 East-West Shrine Game.

Walker and Slay are not the only southeast Georgia natives to call Detroit home.

Jarrad Davis, out of Camden County, was Detroit’s 1st round pick in 2017, and was voted to the PFWA All-Rookie Team.

Here’s hoping that Walker can find the same success his new teammates have created for themselves.

One thing’s for sure…there are a lot of Lions fans in the Golden Isles.