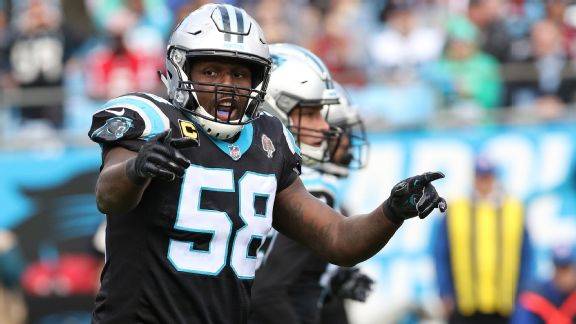 After 13 seasons, Thomas Davis and the Carolina Panthers are parting ways.

Davis announced the development in an emotional video on twitter:

Following being honored as an All-American his junior year at the University of Georgia in 2004, Davis opted to forgo his senior season and enter the draft.

The Carolina Panthers selected him 14th overall in the 2005 NFL Draft, the first safety selected in that respective draft.

Big for his position, but with 4.5 speed, Davis transitioned to weak side linebacker. The move turned out to be the right one as Davis became one of the most dominant linebackers in the NFL.

His career with the Panthers was put on hold due to three separate ACL injuries, but he was able to fight back from each.

According to his statement, Davis isn’t done. It’ll be interesting to see where he winds up. Would he be interested in coming to the Atlanta Falcons, the team in his home state? He would get to play the Panthers twice a year.

Wherever he winds up, the 35 year old out of Shellman, Georgia still has plenty of ball left in him.