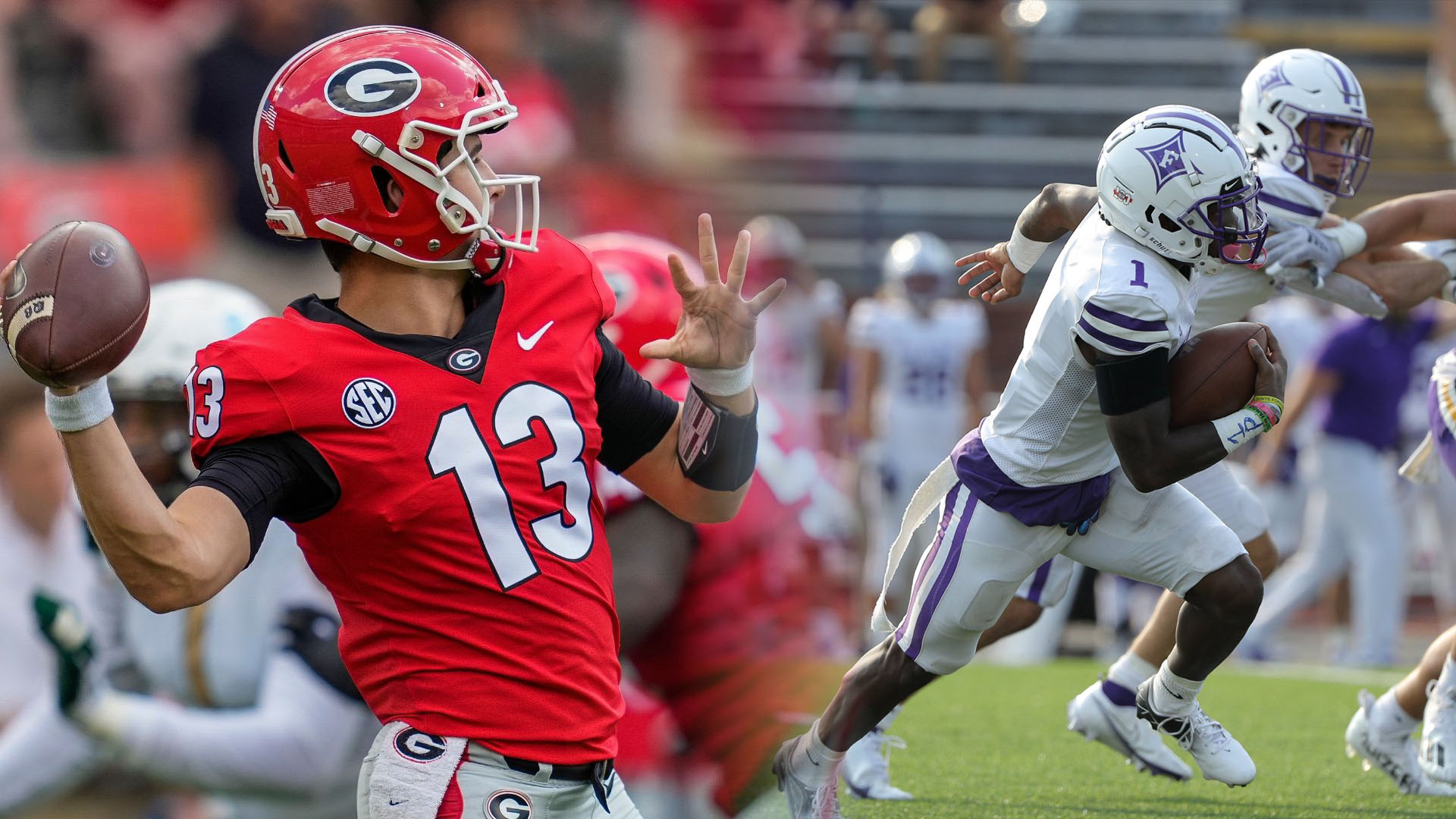 Much like during his time with the Savannah High Blue Jackets, Malik Nesbitt is the featured back for the Eagles of Avila University.  This past weekend in a 38-14 win, Nesbitt rushed for 185 yards, and 2 touchdowns. Nesbitt impressed NAIA football after posting an impressive 1,156 yards in just nine games for the Eagles in 2020.

Ben Brewton, a Beach High School (Savannah, Ga) graduate, had an impact performance in Chattanooga’s 20-0 win over the University of North Alabama. Brewton tallied 4 total tackles, including a big time sack, to add to a stingy performance from the Mocs’ defense. The Mocs allowed 176 yards of total offense, and added 6 sacks, and 2 interceptions in a shutout effort.

Akelo Stone starred in his 2021 debut for the Ramblin’ Wreck with 3 solo tackles (2.0 TFL). Stone, a graduate of Jenkins High School,  took full advantage of his first in-game snaps of the Yellowjackets. Stone appeared in six games in 2020, and started one game at NC State. Still a freshman eligibility-wise, Stone is showing flashes of how disruptive he can be as an interior defensive lineman in the ACC at 6’2  & just under 300 lb.

Eric Phoenix earns himself a spot on this list for the 2nd consecutive week with his play versus Edward Waters College. Phoenix led the Tigers to a 44-3 victory behind his 292 passing yards and 4 touchdowns. The Windsor Forest product also rushed for 41 yards and 1 touchdown. Phoenix went 11 for 18 passing in that Thursday night contest, and is proving himself as the leader on the field and on the stat sheet for the Tigers.

This past week was very eventful for Blackshear native Stetson Bennett. The 5’11 190 lb senior revealed how he and four other Georgia Bulldogs teammates are using their NIL platforms to raise funds that will benefit charities of their choice. Bennett’s NIL news was just the beginning of a big week for the former Pierce County star. Saturday, the Bulldogs announced that Bennett would be stepping in for injured starting quarterback JT Daniels. Bennett took this opportunity to lead the Bulldogs to a 56-7 win over UAB, completing 83.3% of his passes for 288 yards and 5 touchdowns. Bennett’s longest completion was an 89-yard touchdown strike. With this performance, Bennett became the 3rd ever FBS player in the last 15 years to have three 60+ yard touchdown passes in a single half.

Travis Blackshear is one of the best all-around athletes to come through Savannah, Georgia. The Benedictine product has been imposing his will on offenses in the Southern Conference for two seasons now. He continued that trend this past weekend against Tennessee Tech. Blackshear intercepted Tennessee Tech twice.  The preseason All-Southern Conference 2nd team selection is making plays and will likely receive some postseason honors as well.

Sam James, a member of Richmond Hill head coach Matt LeZotte’s inaugural “Build The Hill” roster, showed fans in Morgantown, WV his playmaking abilities. James caught 2 touchdowns in the Mountaineers 66-0 win over Long Island University. On one of James’ touchdown receptions he was wide open in the end zone, and by the time he secured the catch LIU defenders were visibly confused on how the speedster got behind them. James is a seasoned veteran, having checked into 25 games, with 15 starts for the Mountaineers.

Calvin Turner Jr. scored 3 touchdowns for the Rainbow Warriors in their 27-45 loss to Oregon State. Turner Jr. logged 187 total yards along the way. An all-around athlete for Hawaii, Turner Jr. makes acrobatic catches, out runs opposing defenses, and makes Houdini-like cuts, slipping out of tacklers hands on a weekly basis. In week 2, Turner Jr. topped SportsCenter’s “Top 10” as his 34-yard touchdown was featured at number 1.