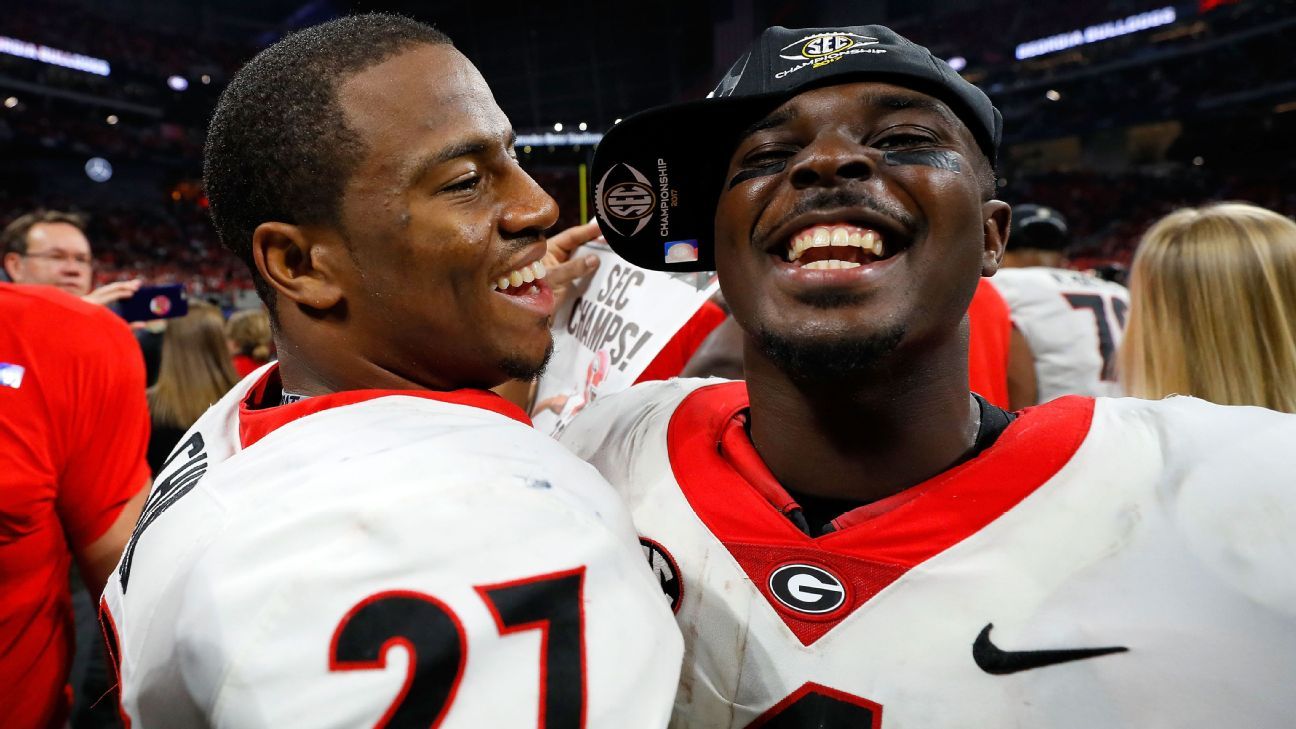 After returning for their senior seasons, Nick Chubb and Sony Michel helped lead Georgia to their most successful season in over 30 years, including a Rose Bowl win and a trip to the College Football Playoff’s National Championship.

During their time in Athens, Chubb and Michel became the most prolific rushing duo in college football history. The pair combined for 8,382 yards and 77 touchdowns on the ground in college.

Michel and Chubb were both selected in the 2018 NFL Draft, first Michel at 31 to the Patriots, and then Chubb at 35 to the Browns.

It only seems right that the two would both score their first career NFL touchdowns within a couple hours of each other.

First up was Sony Michel. With the Patriots leading Miami 31-0 in the 4th, Michel took a toss sweep (fitting) to the house from 10 yards out.

Sony Michel runs into the end zone for the 1st touchdown of his career #Patriots pic.twitter.com/CUj81wb70g

Chubb was up next. Looking like he was running in Pasadena again, Chubb took a counter 63 yards for a score.