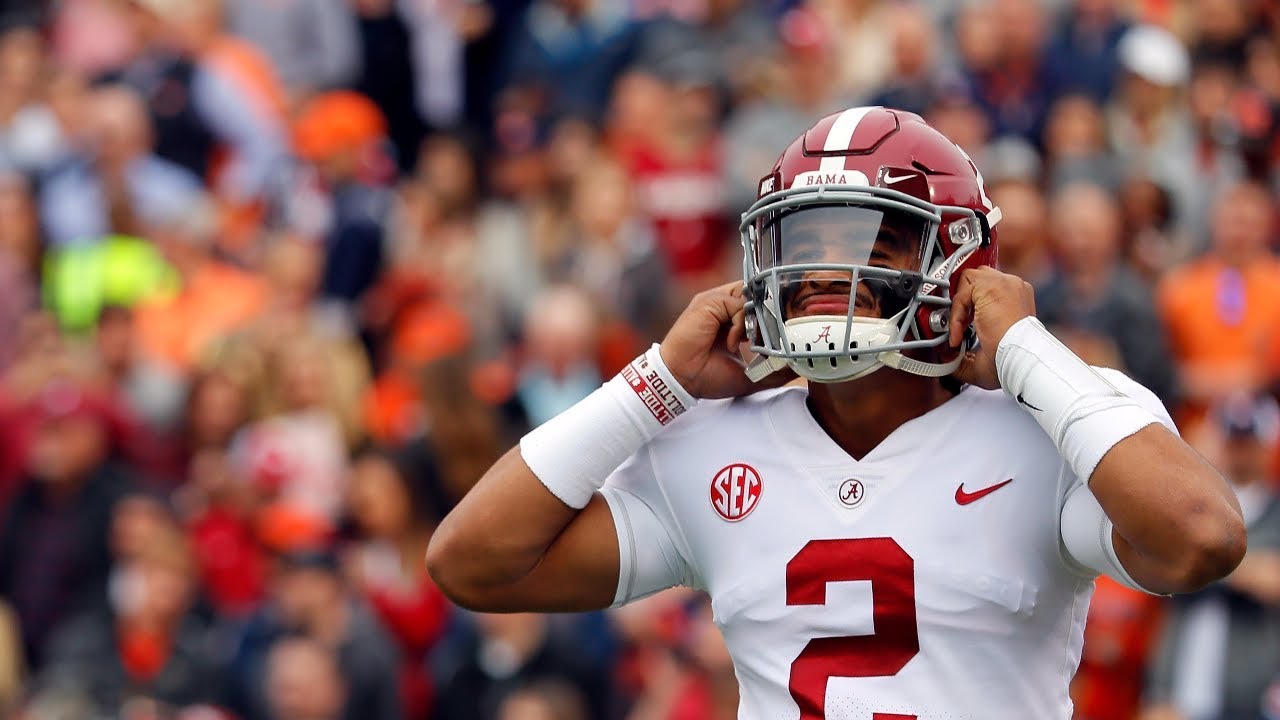 These are not your run-of-the-mill preseason predictions, but topics that contain a little more nuance and require some deeper thought.

It’s the third week of June. We’re in the slowest time of an abnormally slow college football offseason. It’s more than a month until the start of practices, and then it’s another month until the first full week of games.

We’ve done our best to fight the summer doldrums with lists, player rankings, and features, and my latest attempt comes in the form of seven SEC summer questions I’ve been pondering during the dog days. These are not your run-of-the-mill preseason predictions, but topics that contain a little more nuance and require some deeper thought.

Enjoy, and remember that summer always flies by. It will be September in no time.

1. What first-year head coach will win the most games?

Morris and Pruitt step into rebuilds, while Ole Miss is still a year or two away from a return to relevance. That leaves us with Mullen, Moorhead and Fisher. All are expected to win big right away, with anything fewer than nine wins being considered a disappointment.

Time will tell whether Moorhead, a Northeast native, can fully adapt to the cut-throat world of the SEC, but my money is on Mississippi State having the best 2018 season. Helping Moorhead’s cause in this debate? The Bulldogs gets both Florida and Texas A&M in Starkville.

2. Where will Jalen Hurts be in September?

The biggest story of August camps will likely be the status of the Alabama quarterback, who is 26-2 as a starter but likely finds himself looking up at Tua Tagovailoa on the Crimson Tide depth chart. Hurts’ dad told Bleacher Report in the spring that his son could be the biggest free agent in college football history, but the timing of Hurts’ seemingly imminent departure from Tuscaloosa is still uncertain.

Hurts will be able to graduate as early as December, meaning he could transfer to another school for the spring semester and be able to play in the 2019 season, his last with eligibility. Hurts could also preserve a year of eligibility by not playing (or playing in four or fewer games) this season, and then transferring with two years left to play.

My hunch is Hurts is with the program for the fall, carving out an important role both on and off the field. He could not have handled being benched in the national championship game year ago any better than he did, and I believe this situation will ultimately play itself out with as little drama and controversy as possible for a quarterback at the predominant program in college football.

There are three potential SEC starting quarterbacks who were elsewhere last fall – Kentucky’s Terry Wilson (junior college), LSU’s Joe Burrow (Ohio State), and Tennessee’s Keller Chryst (Stanford). Wilson was the only one of the trio to participate in spring practice, so he has an advantage.

I’m more bullish than most on Wilson starting, more bearish than most on Burrow starting, and, like almost all Tennessee observers, have zero idea where Chryst stands in the mind of Jeremy Pruitt in relation to incumbent Jarrett Guarantano. Wilson has an athleticism edge on Gunnar Hoak, which could be the deciding factor in the Kentucky derby. Burrow arrives in Baton Rouge to a four-way competition and did not see meaningful action at Ohio State. Chryst was Stanford’s primary starter for a year and a half, but was surpassed by K.J. Costello during the 2017 season.

Who starts the season opener? Perhaps just one of the three. But will all three start at least one game at some point this season? I’d be surprised if that’s not the case.

4. Who is the biggest threat to an Alabama-Georgia Atlanta rematch?

Last year, it was Auburn who delayed the first meeting of Nick Saban and Kirby Smart by five weeks after the Tigers claimed the SEC West title with wins over both in November. Can the Tigers get back to Atlanta with both rivalry games on the road this year?

Is Mississippi State in position to win its first division title in two decades? What about South Carolina? The Gamecocks get an early crack at Georgia in Week 2 in Columbia. Can Dan Mullen do what his predecessor at Florida, Jim McElwain, did and pull off a shocking SEC East title in Year 1?

I’d still put my money on Auburn, as the Tigers are the only team with the talent level throughout the roster that can be considered comparable to Alabama and Georgia. A South Carolina upset of Georgia would give the Gamecocks an early lead and an opportunity to drop a game and still win the division. South Carolina’s conference schedule is favorable, but 6-2 in the league still feels like the ceiling.

5. Will an SEC head coach be fired during or after the season?

A Twitter poll I ran earlier this week showed 90 percent of you think the answer is yes. Sure, it’s rare when a season doesn’t lead to at least one firing, but keep in mind that there are six new head coaches in the SEC. The last season to have at least four new coaches – 2013 – ended with no firings (but James Franklin did leave Vanderbilt for Penn State).

Let’s break it down a little further. The six first-year head coaches are safe. So are Nick Saban, Will Muschamp and Kirby Smart. A quick trigger on Ed Orgeron is possible, but would LSU powerbrokers really allow athletic director Joe Alleva to conduct another coaching search? I think it’s more likely that Alleva is out next summer, and then Orgeron after the 2019 season under a new administration. Vanderbilt probably doesn’t care enough to fire Derek Mason and pay his buyout, especially with Mason having two straight wins over rival Tennessee.

Mark Stoops may be nearing a plateau at Kentucky, but it’s a level that should be acceptable by program historical standards Barry Odom and Missouri ended the 2017 regular season on a six-game winning streak, and the Tigers should at least get back to a bowl this year. Auburn is always the wild card when it comes to coaching changes, but Gus Malzahn ended his Georgia and Alabama struggles last year with convincing wins over both eventual national title game participants and signed a long-term extension after a brief flirtation with Arkansas last December.

Count me in the 10 percent who think we won’t see a firing after the season.

6. What unit is being the most overlooked?

That’s an easy one. It’s the Texas A&M defense, particularly the front seven.

Mike Elko steps into a great situation as Jimbo Fisher’s choice to direct the Aggies defense after a successful run at Wake Forest and a very productive single season at Notre Dame in 2017, improving the Irish defense from allowing 28 points per game and 5.4 yards per play in 2016 to 21.5 points per game and 5.1 yards per play. Elko has succeeded everywhere he’s been, and there’s no reason to think anything will be different in College Station.

Of course, talent helps. There isn’t a Myles Garrett on the roster, but the Aggies have four all-SEC caliber players in the front seven in tackle Kingsley Keke, edge rusher Landis Durham, and linebackers Otaro Alaka and Tyrel Dodson. Texas A&M has had stars on defense in the past, but they always could be taken away because of a lack of threats elsewhere. That won’t be the case this year, and it could carry Texas A&M into New Year’s Six bowl contention in Fisher and Elko’s first season.

7. What is the SEC’s path to having two CFP teams again?

Obviously, if both Georgia and Alabama go 12-0, both teams are probably going to the CFP regardless of the SEC Championship Game result (which will make us all yearn for the BCS). Assuming we don’t have a pair of perfect teams in Atlanta for just the second time (Alabama and Florida in 2009), how can the league again make up half of the playoff field?

Auburn beating Washington in the season opener would be a critical result for the SEC. It would allow Auburn to lose to Alabama and feel pretty good about its chances as an 11-1 SEC West runner-up, unless another Pac-12 team finishes undefeated. Georgia would have to run the table in the regular season to get in without an SEC title, and Alabama may not be so fortunate this year if a single loss to the Tigers keeps them out of the SEC Championship Game, given its marquee non-conference opponent is a Louisville team whose ceiling is probably 8-4.

It’s unlikely to happen again, but if Auburn can handle Washington and put the Pac-12 behind the proverbial eight ball, I’d give the SEC a 25-to-30 percent chance of having two CFP teams, especially with the two 12-0 teams scenario not being all that far-fetched given the pillow-soft slates awaiting the Crimson Tide and Bulldogs this season.