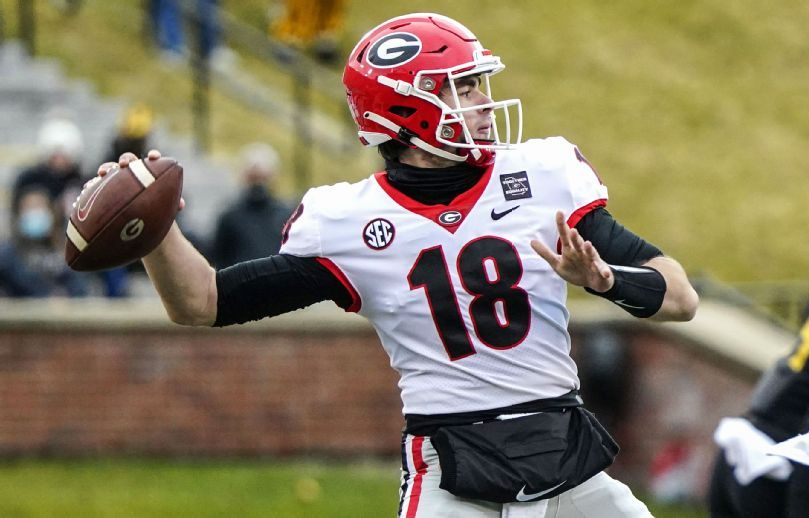 The past two years have been a whirlwind for JT Daniels. Tearing his ACL, transferring to Georgia, taking reps with the scout team, winning four consecutive games, including the Peach Bowl, to end the season.

This week, Daniels got a taste of another unique experience: SEC Media Days.

The Southern California quarterback, like he does with seemingly everything else, took it at his own pace. Every question lobbed his way was absorbed and fully dissected before it was responded to. Not to say other players weren’t paying attention or providing great insights, but you could almost see Daniels chewing on the question as it was asked. No assuming what a question was insinuating, or being nice to just be nice. Daniels was very direct. A great example is the following exchange from his time in the main media room in Hoover:

Reporter: “JT, what would you say is your biggest strength heading into the 2021 season?”

No assumptions. Clear and precise. It fits the persona that we’ve heard about Daniels from his head coach and teammates. Kirby Smart touched on this during his time in the media room.

“JT does a great job of making sure that he’s keeping skill players accountable for what they have to do and demanding excellence.” Smart remarked on his quarterback. “I appreciate the thought that JT puts into the game plan. I appreciate the thought that he puts into the guys playing positions around him. That shows he’s a true quarterback and a true leader.”

We had a chance to catch up with JT Daniels on Radio Row. You can listen to the full interview below: