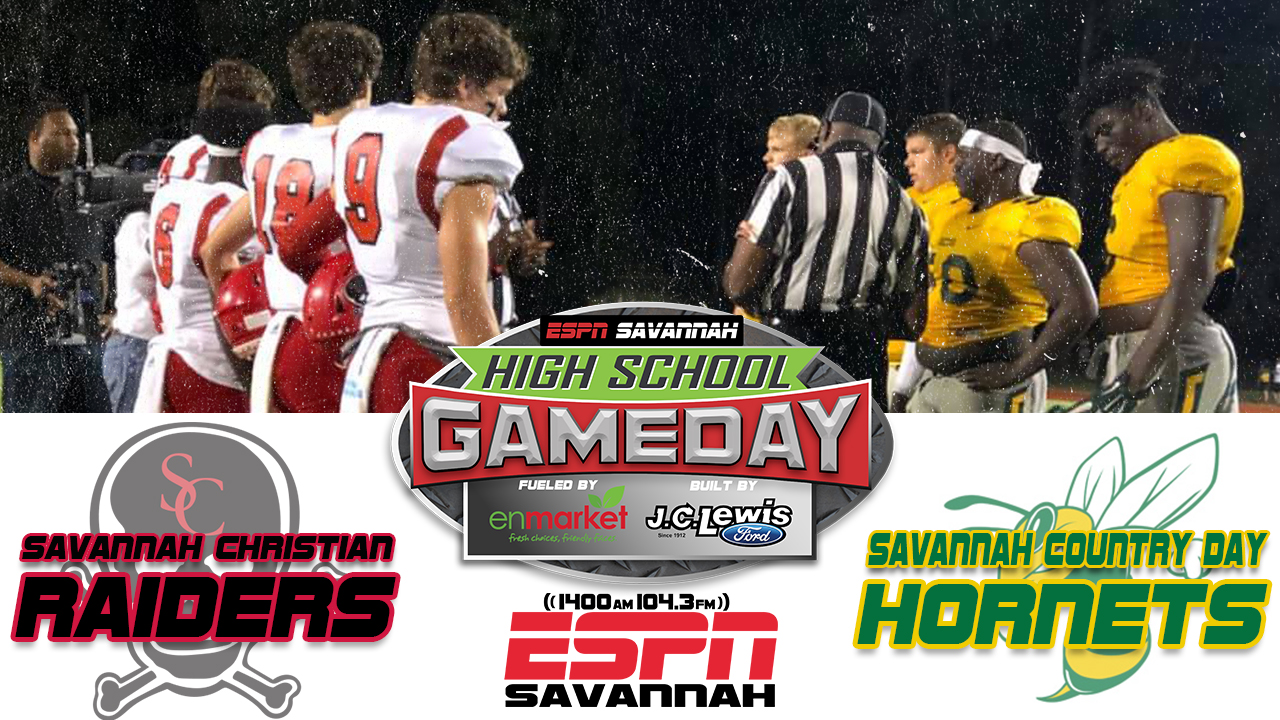 For the second consecutive week, two Savannah rivals will square off in a playoff game to keep their respective seasons alive. Unbeaten Savannah Country Day hosts region foe Savannah Christian Prep School for the second time this season, this time with the stakes raised.

While Savannah Country Day earned a first-round bye in the playoffs, Savannah Christian took on another Savannah rival in Calvary Day School. The Raiders stood strong in the second half of that ballgame to secure a 31-21 victory over the Cavaliers.

In what was a sequel to a regular season matchup, the Raiders were able to produce 31 points on offense and hold the Cavaliers scoreless in the second half. “It’s very hard to beat a team twice in one year, let alone one of the better teams in your region”  stated Raiders Head Coach Baker Woodward.

Now a week later, Coach Jim Collis and the Savannah Country Day Hornets face the same battle. The Hornets claimed a 35-21 victory over the Raiders early this season on October 25th. Since that matchup both teams haven’t lost a game and have played some of their best football of the year setting up for a head on collision in the second round of the Class A Private State playoffs.

The regular season matchup between these two teams was neck and neck for the first three quarters, with Country Day able to pull away by two scores in the fourth.  “We didn’t deserve to win that night; we didn’t play as well as Country Day did that night.” Coach Woodward explained.

Coach Woodward and the Raiders are preparing to put together a full game on each side of the ball to compete with this Hornets team. When asked about what they can do better from the prior matchup, Woodward insisted the team needed to keep Country Day Sophomore running back Davion Smith in check. “He makes that Country Day offense click…If we don’t tackle him, its going to be a very long night for us.” added Coach Woodward.

Who are you rolling with in this huge Round 2 Playoff Matchup?@SCPSAthletics @SCDS_Athletics

On the opposite sideline, The Country Day Hornets coming off a bye week of rest and preparation look to take advantage of some fresh legs.

“Just working on some fundamentals and getting back to basics is always good in week eleven, things you try to teach from day one you sometimes lose perspective of as the season goes on…it’s good to have an opportunity to recover from a physical standpoint” emphasized Hornets Coach Collis.

While the team has spent a week slowing down the game and getting healthy, Coach Collis believes his team is in “good shape” heading into Friday night. Among those who could’ve used the time off for fresh legs, sophomore quarterback Barry Klienpeter. The dual-threat signal caller has led this Hornets team to a region championship, and a number one seed in the playoffs.

In the first showing of this Savannah rivalry, Klienpeter and the Hornets were able to rush for 166 yards, and “establish lengthy drives” described Coach Hollis, to keep the ball away from the Raiders offense.

The Hornets defense will have their hands tied this Friday, with junior quarterback Spencer Robicheaux and speedster Marquell Brown leading the way for the Raiders offense. Coach Woodward stated he believes Robicheaux is the “top quarterback in the region”.

Regarding slowing down the sophomore quarterback and Brown, Coach Hollis expressed his confidence in saying “For us definitely, I feel like we’re built around out defensive line” adding that it will come down to “who wants it more” and “who will sacrifice the small things”.

I’d expect emotions to be high Friday night for both sidelines, and a full four quarter battle. These two teams have prepped for each other twice now this season, now expecting wrinkles in the game plan the second time around. Two Savannah schools vying for one spot in the next round of the playoffs, it will all be decided Friday night at Saunders Field.