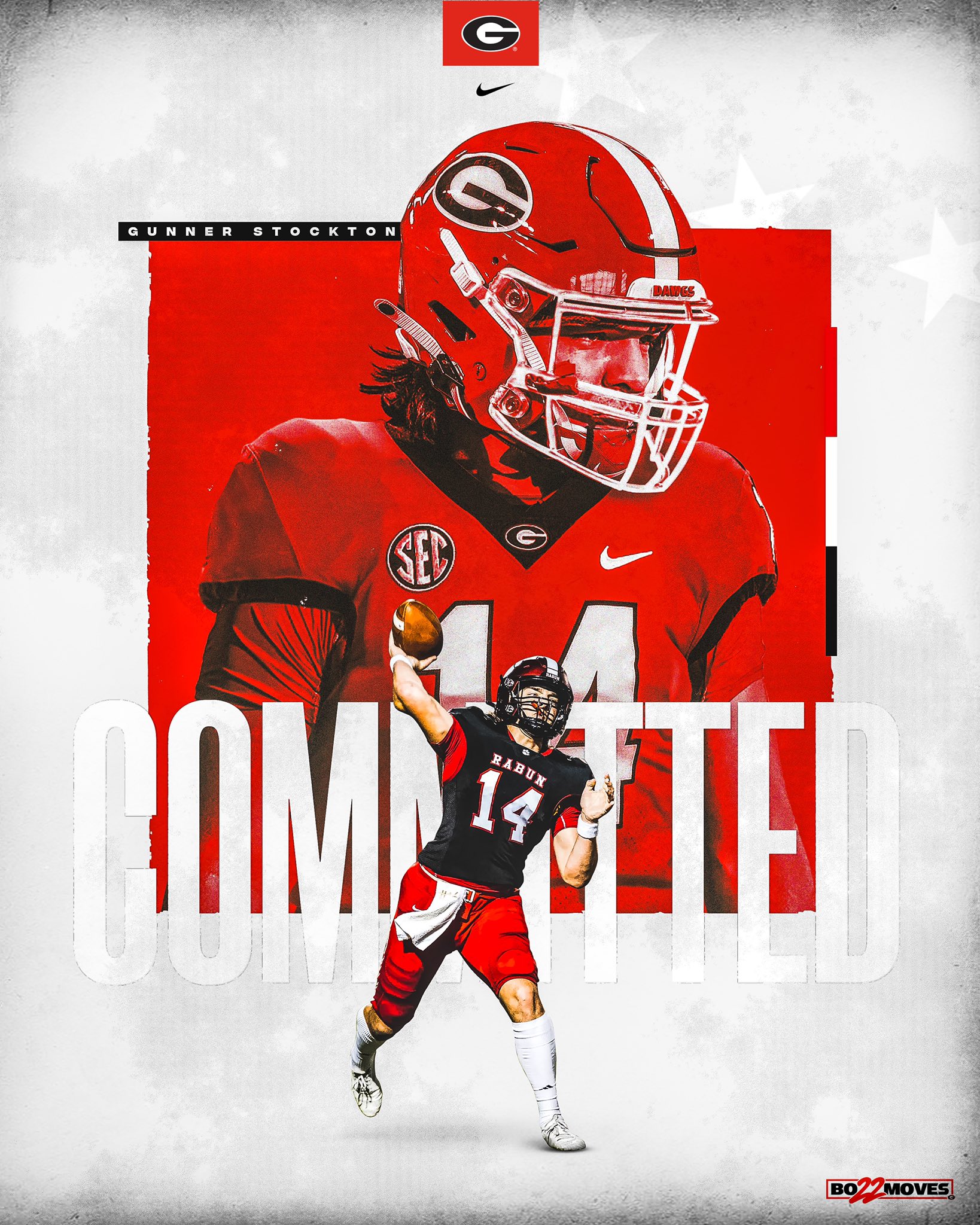 Finally, some good news for Georgia fans after a rough month of recruiting news.

Rob Stockton, father of Georgia-commit Gunner Stockton and DC at Rabun County, joined “Three & Out” on Wednesday to talk Georgia Southern football and Rabun’s upcoming season. During the interview, Rob dropped a nugget that is sure to make Georgia fans smile: Gunner Stockton will be early enrolling at Georgia.

Listen to the remarks below:

“He’s concentrating on one thing and one thing only, and that is trying to win a high school state championship. He knows how to keep his mind focused where his feet are planted.” Rob Stockton said. “He’ll be early enrolling at the University of Georgia. We’re excited for that, but right now we’re focused on doing everything we can to win a state championship.”

Gunner Stockton is the 5th ranked quarterback in the country, per 247 Sports. Originally committed to South Carolina, Stockton de-committed in January. A couple of weeks later, after flirting with Auburn, Stockton announced his commitment to Georgia.

After de-commitments from 5-star ATH Deyon Bouie and 5-star DT Bear Alexander, this was a welcomed comment for Dawgs fans.

Listen to the full interview below: