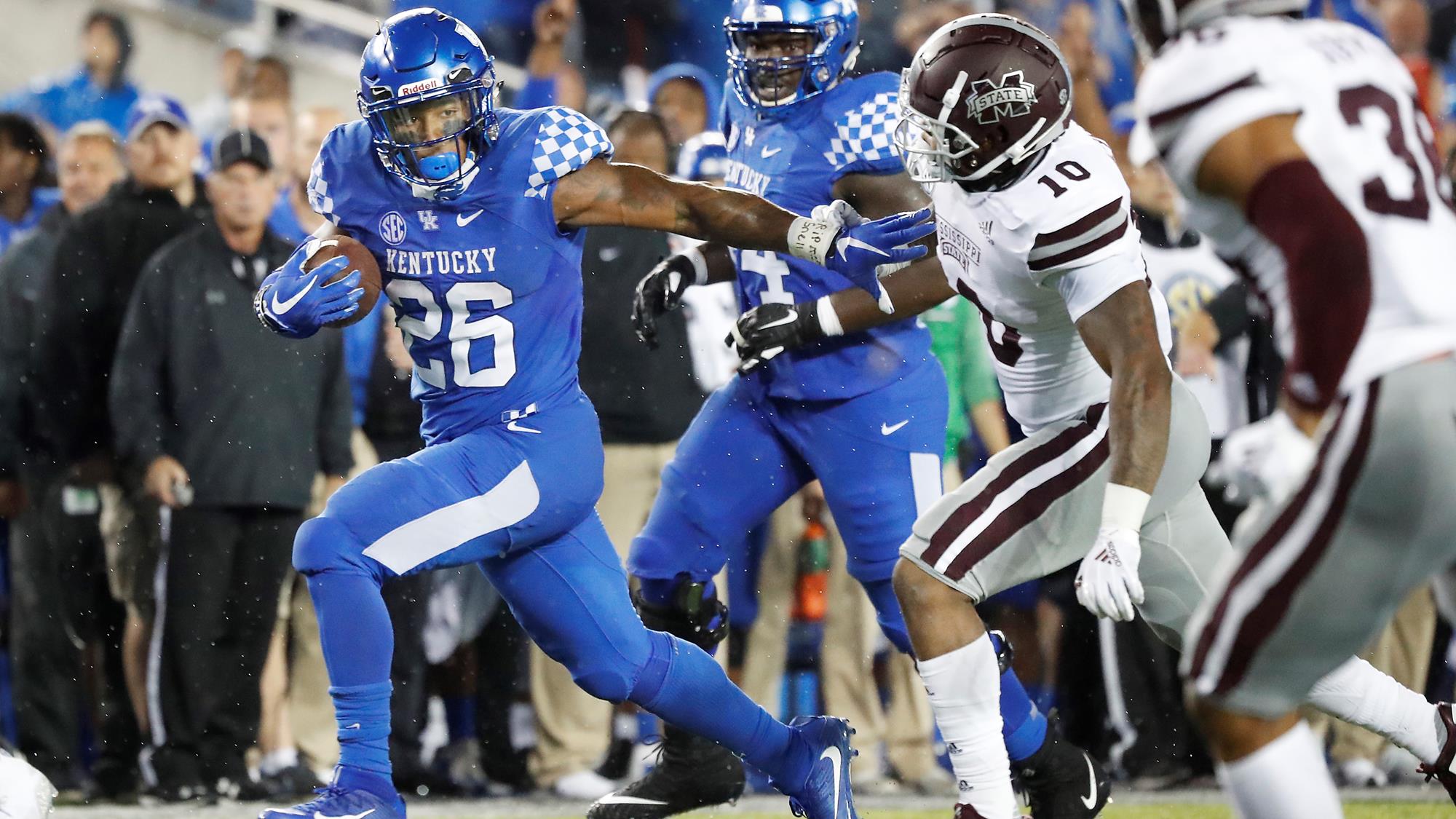 Kentucky Players to Watch As Georgia Heads To Lexington

The Bulldogs are coming off of another huge top-10 game, that saw them take down then #9 Florida 36-17. Meanwhile, Kentucky is coming off a last second win at Missouri.

Kentucky, not typically known for its football, has taken out billboards in New York City to get their stars some publicity.

The Wildcats are definitely stacked with players that people need to know.

We’ve identified 3 key players that will have to come up huge if Kentucky is to pull the upset.

This one is pretty obvious. Snell is where Kentucky’s offense lives and dies. The Wildcats have run 512 plays this year on offense, Snell has touched the ball on 189 of them. He’s responsible for 1,035 of the Wildcats’ 2,923 yards.

Georgia Coach Kirby Smart said this week on Snell, ” He’s the best I’ve ever seen, as far as vision goes, from a back.”. That’s high praise from a guy who has cut his teeth in the SEC.

With Georgia’s struggles against the run, expect every Bulldog to be keyed on Snell.

If Kentucky is going to be the team the represents the SEC East in Atlanta, Snell has to come up huge in this one.

Don’t let the name fool you, this guy is actually good at football. The current SEC sack leader with 10, Allen is an absolute force at linebacker. Not to be pigeon-holed as an edge-rusher, Allen ranks second on Kentucky in total tackles with 56.

Kentucky’s style has been pretty clear this year: run the ball, eat clock, force turnovers on defense. Don’t expect that to change against Georgia.

If Allen can come up with a timely sack or two, the Wildcats will be in a great position to pull the upset.

He’s not just a cheerleader though, Daniel is a thumper at linebacker, and ranks near the top of the team with 54 total tackles.

If Daniel can set the tone early against Georgia, the Wildcats should be able to keep things interesting through 4 quarters.

Of course Kentucky will need a complete effort from all 11 players on the field, but if these three will have to come up huge to give the Wildcats a chance.