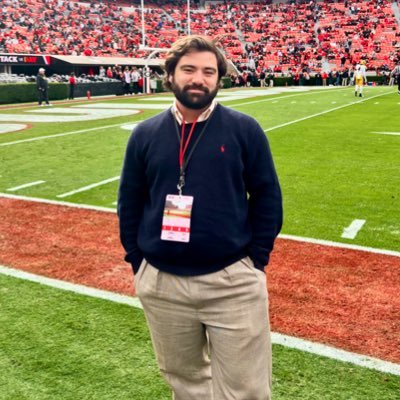 McClain Baxley has been covering Georgia football and Athens high school athletics for the Athens Banner-Herald since 2021.

Prior to taking the role in Athens, McClain wrote for the Savannah Morning News, the Atlanta Journal-Constitution, and the Statesboro Herald.

He joined Second Down on Tuesday to preview the upcoming GHSA  AAAA Football semifinals matchup between North Oconee and Benedictine.

Christian Goeckel: These teams have already met this year. Earlier in the year, Benedictine defeated North Oconee 48-17, but the Titans have ripped off nine consecutive wins since. What do we need to know about the Titans?

McClain Baxley: They had a bye week after that loss and were 1-3 to start the year. Now they’ve won nine straight pretty convincingly,  in a variety of ways. They can run the ball really well with several running backs, and quarterback Max Wilson is very good. They can throw when needed. The defense is really what they hang their hats on. They held Jefferson, who at the time was the number one team in AAAA, to 10 points. They had a shutout in the second round of the playoffs against Spaulding. Just very consistent across the board. A very different team than what we saw back in September.

CG: From a recruiting perspective, anyone we should be keeping an eye on?

MB: Khalil Barnes and Dominic Elder. They’re both juniors. Elder is more of a running back, and Barnes is more of an athlete: receiver, DB, some running back. They’re both guys that don’t have real offers yet, but they’ve both been on campuses multiple times this year. Some G5s and even Georgia Tech. Outside of that, there’s a lot of talent and a lot of skill that’s really gone unnoticed. Speaking to the coaches the other day, there are zero offers at North Oconee. Yet, they’re still one of the top four teams in AAAA.

CG: Kind of a stark contrast from what we see at Benedictine. Holden Geriner is headed to Auburn to play quarterback. Justin Thomas is headed to Georgia for baseball. Za’Quan Bryan has an offer from Coastal Carolina. Holden Sapp is headed to Army. What are the thoughts around this Benedictine team up in Athens?

MB: Obviously we saw what happened: they lost by 31 points three months ago. Benedictine has won several state championships. They’re used to playing deep into the season. For North Oconee, this is their first time in the final four. They’ve only been playing since 2004, when the school opened. There’s a history for Benedictine, and an expectation for them to be playing in the final four and for state championships. Really, for North Oconee, there was no expectation. This team is setting expectations. It’s a culmination of a three or four year process. They’re definitely aware that BC is the favorite. It’s going to be a tough environment down there in Savannah. Last week, going down to Bainbridge, was a five hour trip. They left on Thursday and stayed in Albany Thursday night. So they have experience recently of going into a hostile environment, a long way from home. They’re ready and excited for the challenge.

You can find more from McClain here.

Fans can listen to North Oconee at Benedictine live this Friday night on ESPN Radio Savannah 104.3 FM & 1400 AM or on our live stream.