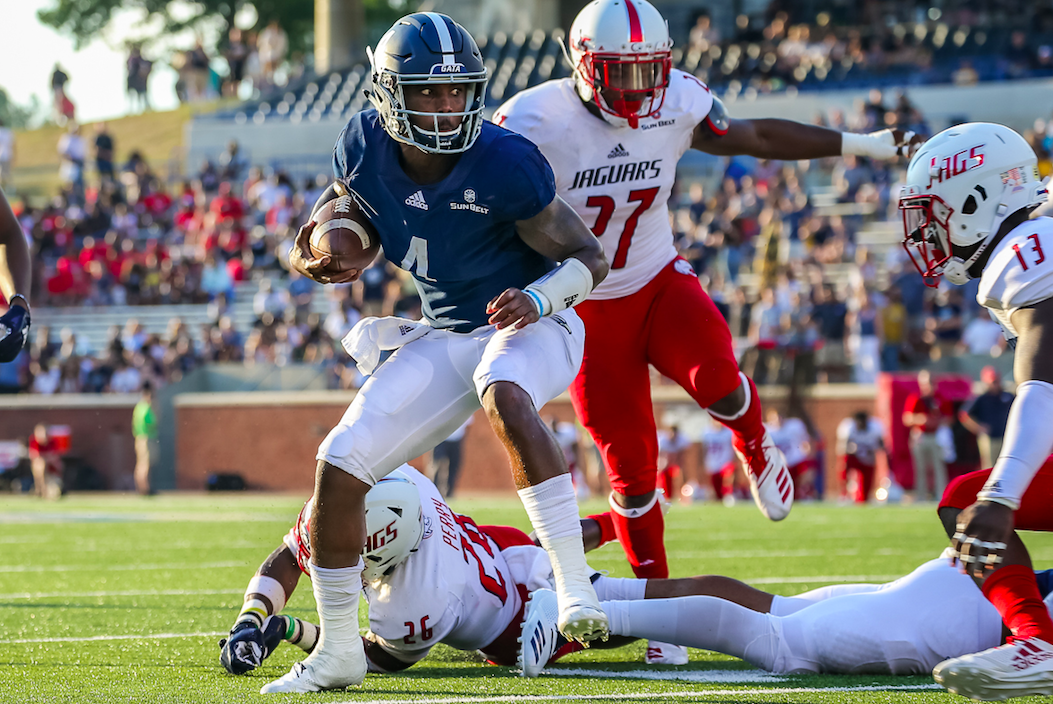 Georgia Southern hits the road for the second time in two weeks, this time traveling roughly 1,500 miles to take on New Mexico State.

The Eagles are seeking their first road non-conference win since they knocked off Florida, in Gainesville, back in 2013.

New Mexico State comes into this one with a (2-5) record on the season, while Georgia Southern comes in at the the top of the Sun Belt with a (5-1) record.

A 13 point favorite, the Eagles are coming off of a testing road trip to Texas State. They entered that one as a 17.5 point favorite, but only managed a 2 point victory on a night their offense was stifled. Georgia Southern’s vaunted rushing attack was limited to 164 yards on the ground, well below their 275.2 yards per game entering that one.

There’s one stat from New Mexico State that suggests Georgia Southern won’t struggle quite as much to move the ball in this one.

Entering Saturday’s matchup, the Aggies are giving up 258.7 rushing yards per game, but that’s not the worst of it.

The Aggies are allowing opposing teams to rush for 82.9 more yards per game than their season averages. Just last week, Louisiana was able to run through them to the tune of 344 yards on the ground, 95.8 more than their 248.2 season average.

According to Travis Jaudon of the Savannah Morning News the Eagles could possibly be without a few key contributors in this one.

It sure sounds like Wesley Fields (groin) and Sean Freeman (ankle) will both miss the game on Saturday. Fields carried the ball 26 times against Texas State. https://t.co/Ae3YNHOCP8

Even with some of their backs banged up, this should be a game where the Eagles can get their option game back on track, ahead of their huge matchup with App State.