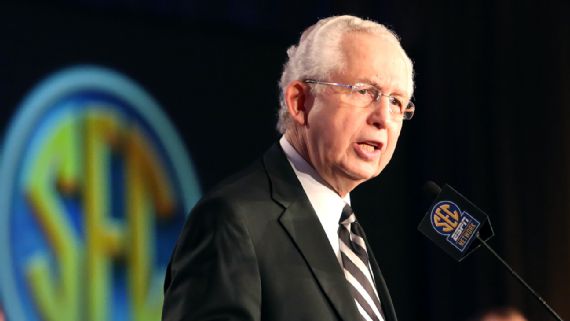 Former SEC Commissioner, Mike Slive, has passed away at the age of 77.

Michael Lawrence Slive was born on July 26th, 1940 in Utica, New York. A graduate of Dartmouth and the University of Virginia, Slive went on to earn his Master of Law (LL.M.) from Georgetown University in 1966.

During his career with the SEC, Slive helped to return the conference to the forefront of college athletics. During his time as commissioner, SEC teams won a staggering 75 national championships. He also oversaw the expansion of the league with the additions of Texas A&M and Missouri in 2011.

He was instrumental in the deal that brought the SEC to ESPN. A deal worth $2 Billion to broadcast SEC sports. In 2014, in partnership with ESPN, the SEC Network was launched.

After retiring to combat his cancer, Slive helped form the Mike Slive Foundation. The foundation’s self-stated vision is “Saving lives by funding cutting-edge research and by raising awareness of prostate cancer.”. You can learn more about the foundation at mikeslivefoundation.org.

He is survived by his wife, Liz and granddaughter, Abigail.