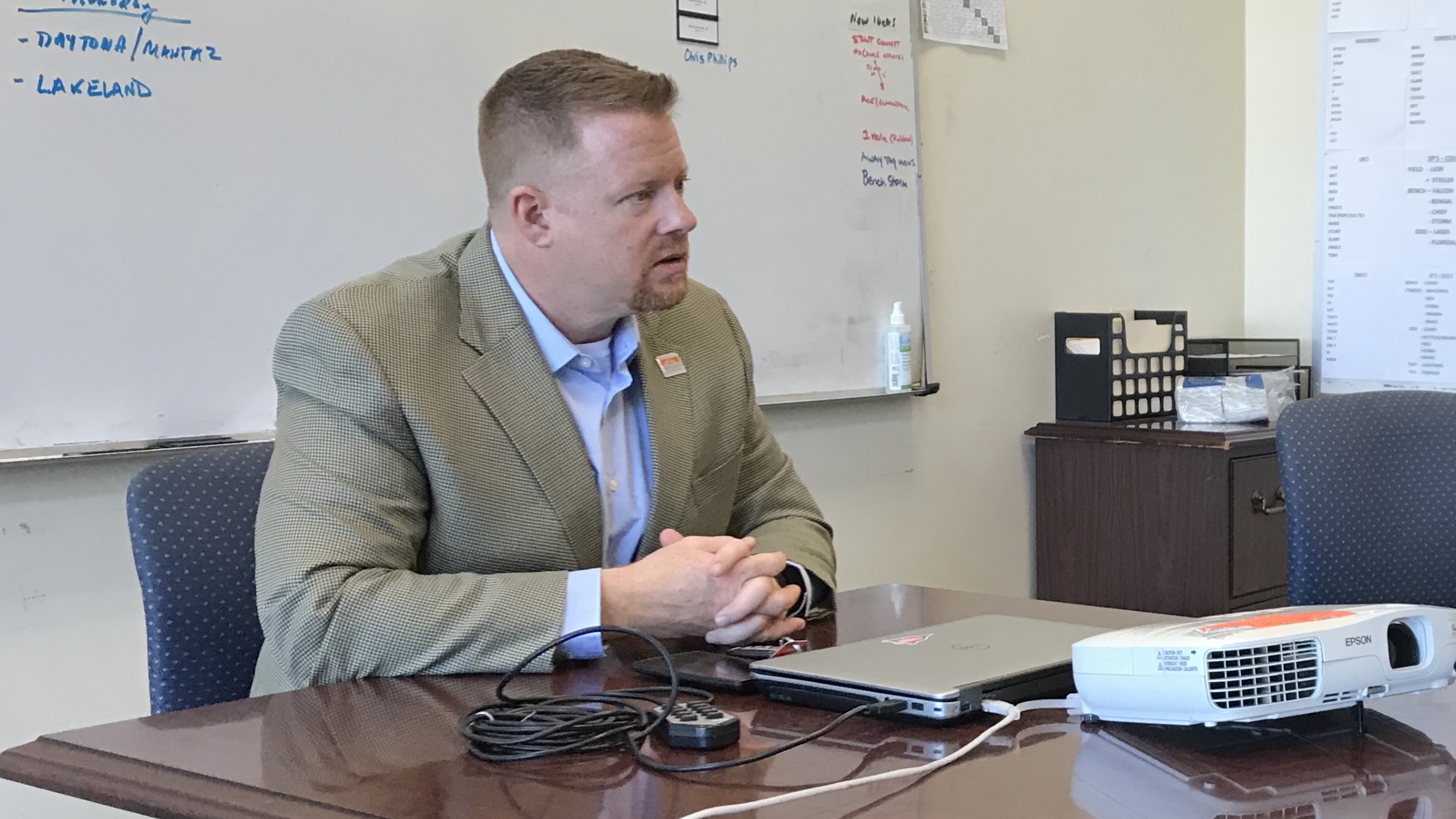 Shawn Quinn, engaging and optimistic, has a bold plan for Savannah State’s future. It starts at home. The first-year head coach inked a total of 18 student-athletes in his initial recruiting class with the Tigers, adding even more promising walk-ons, focusing heavily on talent in the surrounding low country.

Quinn’s engaged message of opportunity resonated nearby, with Savannah State signing a number of local prep standouts. As Quinn searched for players to lead the charge forward, he didn’t have to look far to find them.

Previously the defensive coordinator for the Tigers and a long-time recruiter of the coastal empire in previous coaching stops, Quinn made it a clear priority to identify and target some of the top prospects within an hour of campus. Competitors with quick-twitch athleticism and winning attitudes were specifically sought, traits now part of the prototype at Savannah State.

With firm handshakes and hearty how-are-you’s, Quinn went school-to-school to lay the foundation for his first signing day.

“A lot of local guys,” Quinn beamed. “We made an effort to recruit 95 and 16 and start in our backyard. There are a lot of good football players here.”

That determination will soon be seen on the depth chart. Quinn and his staff, including former local and Georgia Southern quarterback Russell DeMasi, signed eight prospects from the greater Savannah area, have even more waiting in line, and fortified their reach from the start of the Georgia shore up across the South Carolina line. The next wave of talent is coming in from places the program knows well. A long list of accolades follows those stars as they make the short trip to the next level.

There is great familiarity among many of the newcomers, both in terms of what they have all done and what they plan to do.

“They are going to have a little more pride in playing for the city of Savannah because they were raised here. I think, if we are going to win the locals and win over our fans and the high school coaches here, we have to recruit players. I know there has been an attempt to do that, we just happened to hit at the right time,” Shawn Quinn continued. “The guys can play, not just because they are local guys, but because they are good football players and they fit. High energy, positive guys. Good players who want to be Tigers.”

Shawn Quinn’s confidence has a magnetic pull. A self-described “Pete Carroll, glass-half-full kind of guy”, he openly talks of national championship aspirations for the Savannah State program, also quick to cite and share his plan for getting there. Quinn sees a pathway to prominence that runs right through the middle of town. With the Tigers settling in at the NCAA Division II level, Wednesday was the first day towards a new day.

#912 ALERT so fired up to have this city of Savannah product! This dynamic player will be fun to watch with the ball in his hands #T19ERS https://t.co/YxPWB62ms1

In addition to impressive coaching credentials, what Quinn has is conviction. He recruited players who feel the exact same way.

“This is going to be the class, definitely, that turns Savannah State around. Next four years are going to be great, keep an eye on us,” Jordan Grant, a versatile offensive playmaker who finished his Savannah Christian career with almost 5,000 all-purpose yards and 42 touchdowns, explained. “It feels great to be a Tiger, just ready to get to work and help Savannah State get back on the map.”

The player Quinn wants needs more than just athletic upside. A proper frame of reference must follow suit. That, collectively, is the Savannah State standard. It was also the centerpiece of Quinn’s first incoming group, an effort that culminated with a strong signing day close. With a number of power high schools programs to draw from in the region, the infrastructure is in place to build, and sustain, a championship tradition.

“I want to come in and change the culture,” stated linebacker Wanya Pringle, who helped Jenkins go undefeated for the first time in school history two years ago. “Most of the guys that he got from Savannah come from winning programs. We are just trying to turn Savannah State into a winning program.”

In and around one of the south’s favorite cities, the currents of the Intercoastal Waterway charmingly come and go. The tide, here, is rising. Building on recent successes, there is a momentum to Quinn and his program, one mirrored by the talent on the way. Though the off-season has just begun at Savannah State, it, fresh off a heralded recruiting class, is now sprinting towards spring practice and the season. Such sessions will have a neighborhood feel.

“It’s good, so my family can come see me play, so the whole city can come out in Savannah and see the home team play,” Grant concluded.

While the destination is far from sight, the process, however, is well underway. The start was a step outside.