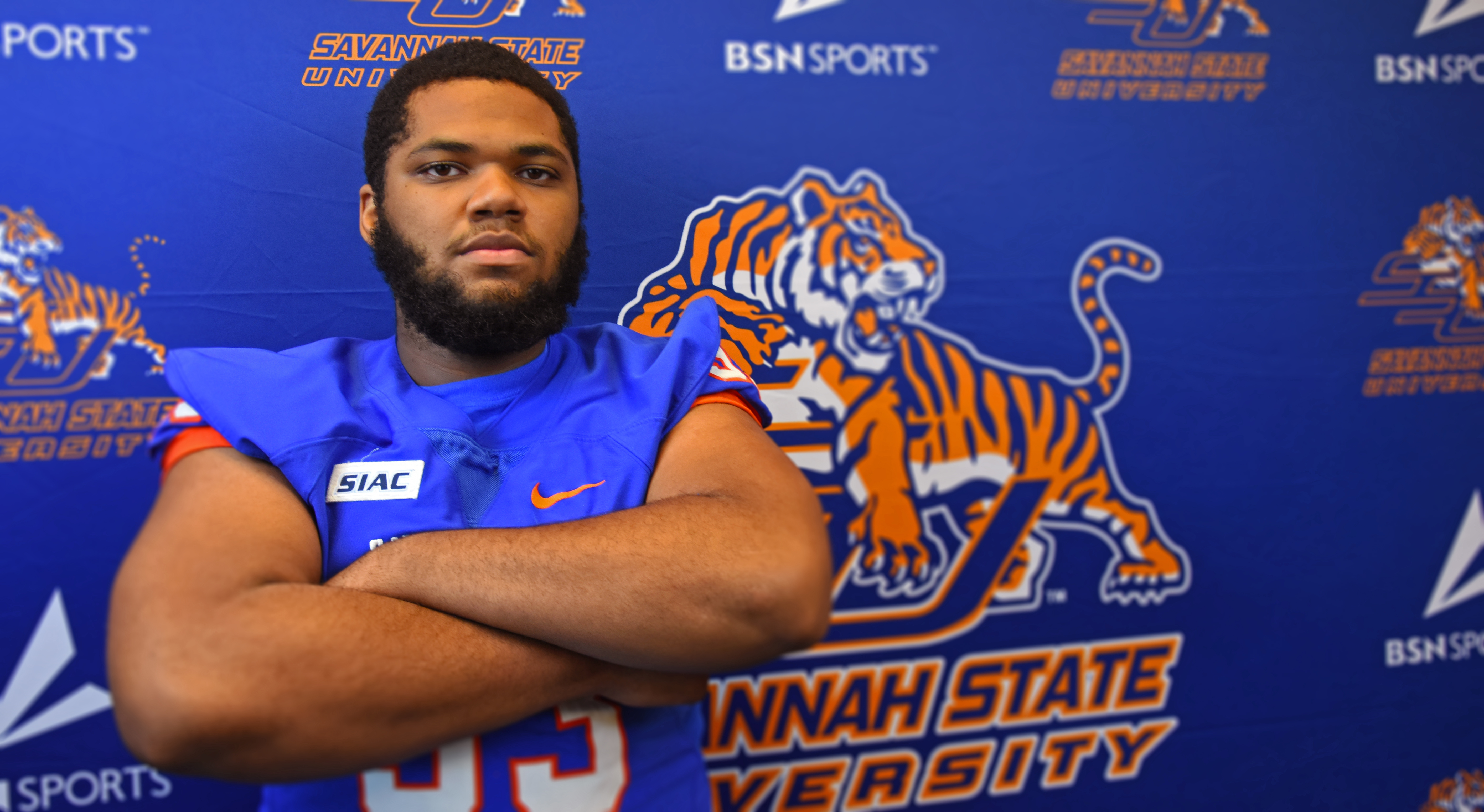 Kyle Frazier’s story is one that, unfortunately, we’ve heard too many times. A young person notices a lump on their body. A parent out of abundance of caution takes their child to the hospital. A doctor has to give the unfortunate diagnosis of cancer. Hodgkin’s Lymphoma in Kyle’s case.

Through that work, and constant support from his mother and Savannah State, Kyle was able to ring the cancer free bell in April.

During his battle with cancer, Frazier made a request to the Make-A-Wish Foundation. From Savannah State Athletics: The Make-A-Wish Foundation teamed up with the Rams to feature Frazier as a part of their Crucial Catch Captains program after the freshman beat cancer last year and requested to meet with his favorite team through the foundation. The NFL’s Crucial Catch mission is to fight cancer through early detection and risk reduction, according to the NFL’s website.

During the Oct. 26 Monday Night Football Game that will air on ESPN between the L.A. Rams and the Chicago Bears, a cardboard cutout of Frazier will be in the stands as a part of the Crucial Catch Game.

When told the news, Frazier insisted that every one of his teammates be included as well. The foundation and the Rams honored the request and will feature cutouts of the entire Savannah State football team alongside Frazier.

First, Frazier had the opportunity to chat with every defensive tackle’s hero: Aaron Donald.

Shouts out to the Make-A-Wish foundation and the LA Rams for gifting me this opportunity to meet my role model💕‼️ Words can not explain how grateful I am😢 As y’all could see I could not stop smiling😂 https://t.co/fTfYktb7Ub

This afternoon we got our first chance to see the Tigers in LA! Looking good fellas.