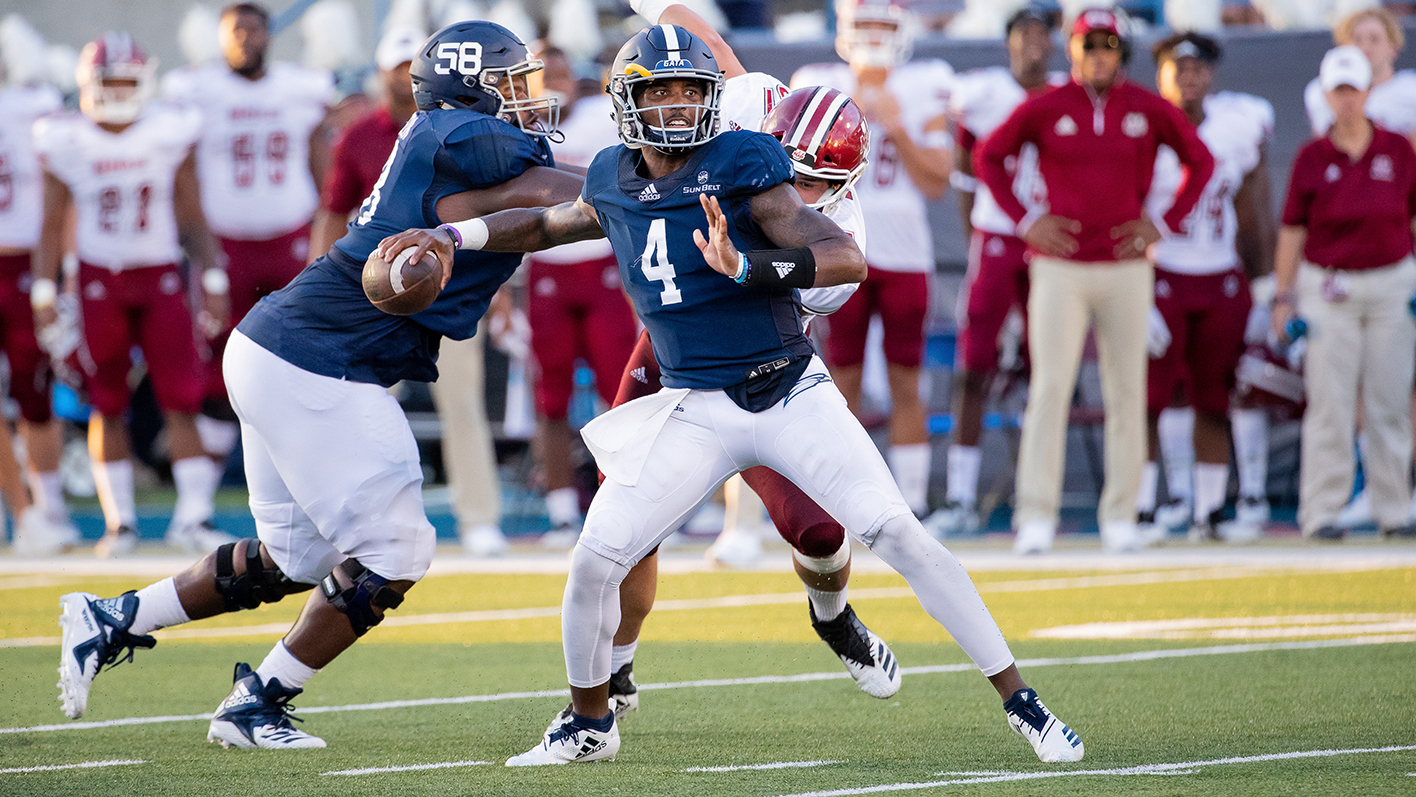 Recency bias is a real thing. It’s easy to make too much of things because we just witnessed them.

Take Georgia Southern’s huge win over then #25 App State last week. It was clearly the Eagles’ biggest win under head coach Chad Lunsford. It was the program’s first win over a top-25 FBS team. Plus, it was a win over a rival, at home, in front of a huge crowd, on national television.

But when it comes to the 2018 season, all that win over App State amounts to is a single conference win.

Sure, it’s ok to be excited about the fact the Eagles have 7 wins through 8 games, as opposed to 2 all of last year, but this team has much bigger goals.

Coach Lunsford has spent all week trying to refocus his team, and to some point the fanbase, as to what the next challenge is.

It seems that a lot of people outside of the meeting rooms in Paulson Stadium have forgotten that Southern has a game this Saturday.

Of course, Troy in two weeks is a massive game. Heck, some fans have a started petitions to get ESPN’s ‘College GameDay’ to Statesboro for the game.

It’s true, that matchup with Troy would decide the Sun Belt Eastern champion, and where the Sun Belt Championship would be played.

But only if the Eagles take care of business at UL Monroe.

This is where the Eagles truly prove that they have arrived. Anyone can pull an upset, that’s why it’s called an upset. True championship level teams don’t suffer “let downs”.

To his credit, Coach Lunsford has done an excellent job this week keeping his team focused on a talented UL Monroe team.

Quarterback Caleb Evans leads an impressive UL Monroe offense. The junior is a dual-threat, passing for 1746 yards and 9 touchdowns and rushing for 418 yards and 5 touchdowns.

If the App State game was a “Statement’ game, then this one is a “Prove It” game.

Win this one, then you get to enjoy another week of hype leading up to another huge game against Troy.