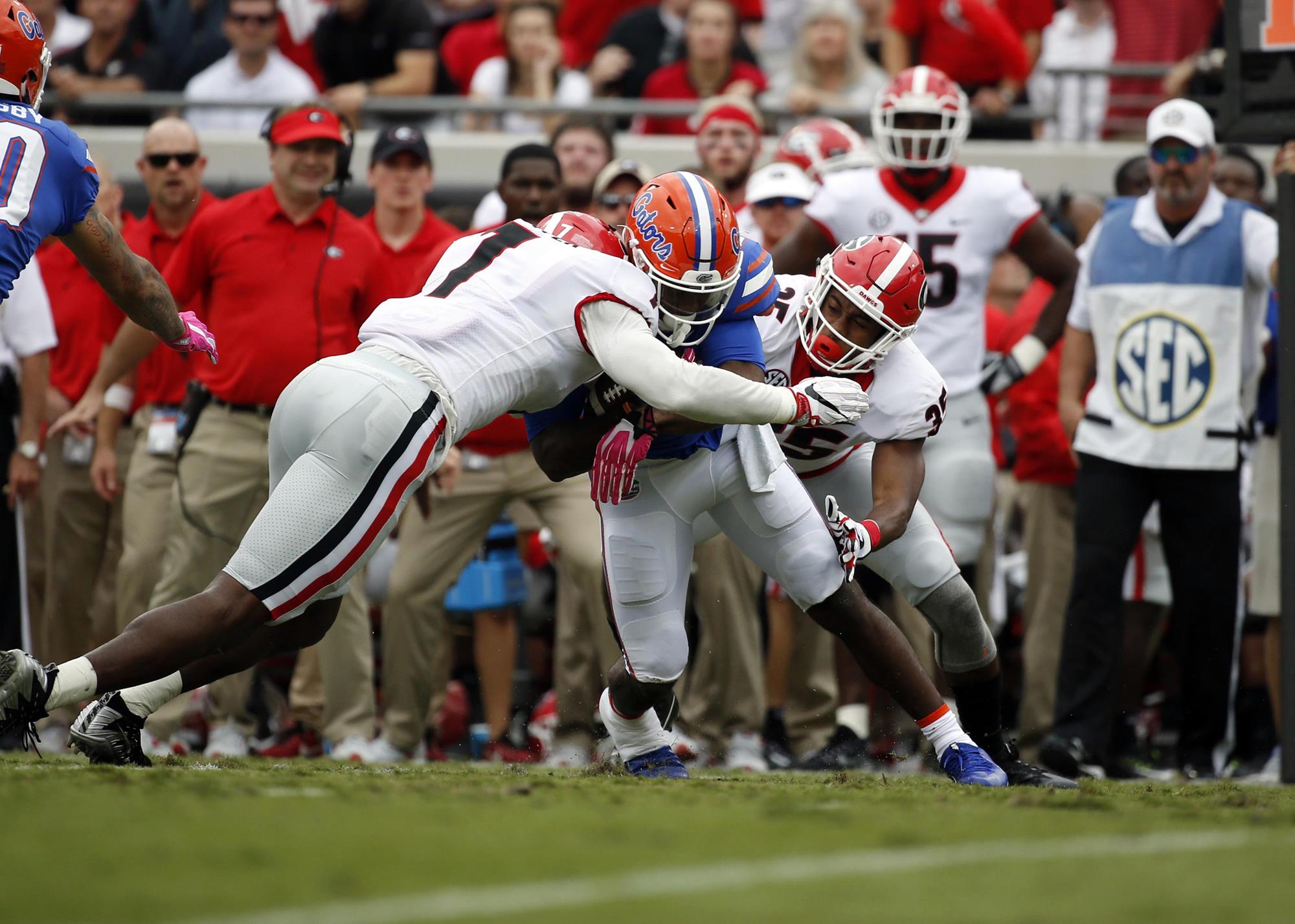 A bye week gave Kirby Smart an opportunity to work out the kinks that plagued seventh-ranked Georgia in its 36-16 loss at LSU two weeks ago.

So, did the team make progress?

With ninth-ranked Florida (6-1, 4-1) up next on Saturday afternoon in Jacksonville, Fla., Smart certainly hopes so.

“I don’t know if we’ll know that. I mean we worked hard at stopping the run up front, controlling the line of scrimmage, tackling, a lot of pass pro offensively,” Smart said. “We tried to work really hard on special teams, directional kicking, a lot of things that we have to improve on. Those are all really critical.

“But I don’t know if you honestly know that until you get out there and play another game, because you can only see so much at practice. I certainly hope the work we put in pays dividends in the areas that we focused on.”

After Florida dropped its conference opener to Kentucky 27-16 in Week 2 of the season, the Gators reeled off five straight victories, including a 27-19 win over LSU and a 37-27 comeback win over Vanderbilt two weeks ago in Nashville, Tenn.

First-year Florida coach Dan Mullen likes were his team currently stands, and why shouldn’t he?

Georgia (6-1, 4-1), Florida and Kentucky are tied for the top spot in the SEC East with identical conference records of 4-1, with the Bulldogs and Wildcats each in control of their own destiny as it pertains to the division.

Kentucky and Georgia meet next week in Lexington. The Gators need to beat the Bulldogs and then root for Smart’s team in Lexington to take sole position of first place in the East.

“If you said, hey, 6-1 going into the Georgia game, take it or leave it, I might take it. I would love to be 7-0, to be honest with you, but if you threw that out there, I might, like on the game shows you hit the button, I might consider hitting that button right there and taking it,” Mullen said.

“So, honestly, what I’m most pleased with is how our team has kind of bought in to what we’re trying to do. Honestly, I think that results have helped that buy-in.

For Georgia, it’s all about regaining the confidence the team played with before the loss in Baton Rouge.

So far, players have said all the right things, claiming they’ve already put the game against LSU in the rear-view mirror and are solely focused on Florida.

“They know what’s at stake for this game, and they know that this is going to be a physical, tough battle,” Smart said of his players. “Two teams that are well coached and two talented teams. Most of our kids know their kids. It won’t be about what we say or how we say it. It’ll be about who plays well on the field and who controls the line of scrimmage that will be the key to this game.”