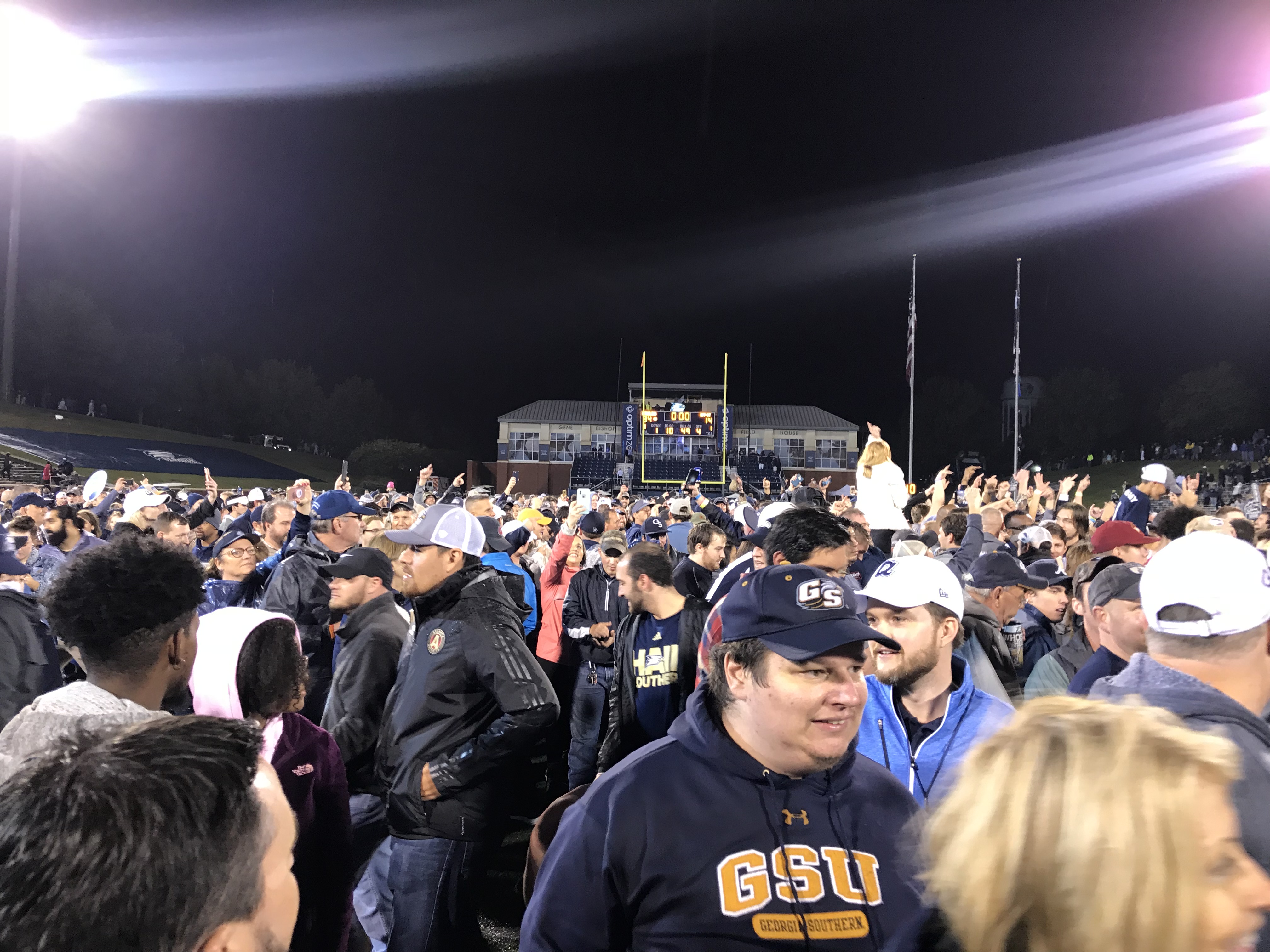 Eagles Down #25 Ranked App State In Front Of Huge Crowd

Statesboro was on fire for this primetime matchup against top-25 ranked App State. Fans filled the parking lot early, and 19,252 made their way into Paulson for the game (a high for this season).

Looks like Paulson will be plenty packed tonight. #GATA pic.twitter.com/FuU69lDfHY

The huge matchup between (6-1) Georgia Southern and #25 (5-1) App State may have been decided less than 5 minutes into the 1st quarter. After a hard hit on the second play of their first drive, App State staring quarterback Zac Thomas left the game with an apparent head injury after his head bounced off the turf.

It was all Eagles from there.

Wesley Fields, now apparently healed up, punched in two scores, including 1 from 18 yards out to seal the game.

The defense, in front of a packed Paulson Stadium crowd, took advantage of the inexperienced back-up quarterbacks for the Mountaineers, racking up 5 turnovers, including 4 interceptions (2 by Kindle Vildor).

Arguably the most impressive group of the night was the Eagles’ defensive line. The group tallied 2 sacks, and stuffed App State’s rush attack, holding the Mountaineers to 149 yards on the ground, well under their season average of 265 yards per game.

Check out the aftermath! pic.twitter.com/7mlCebVt6l

This game put’s Georgia Southern in the driver’s seat for the Sun Belt title.

The Eagles now must prepare for UL Monroe on the road next week, and the Sun Belt East title matchup with Troy on November 10th.