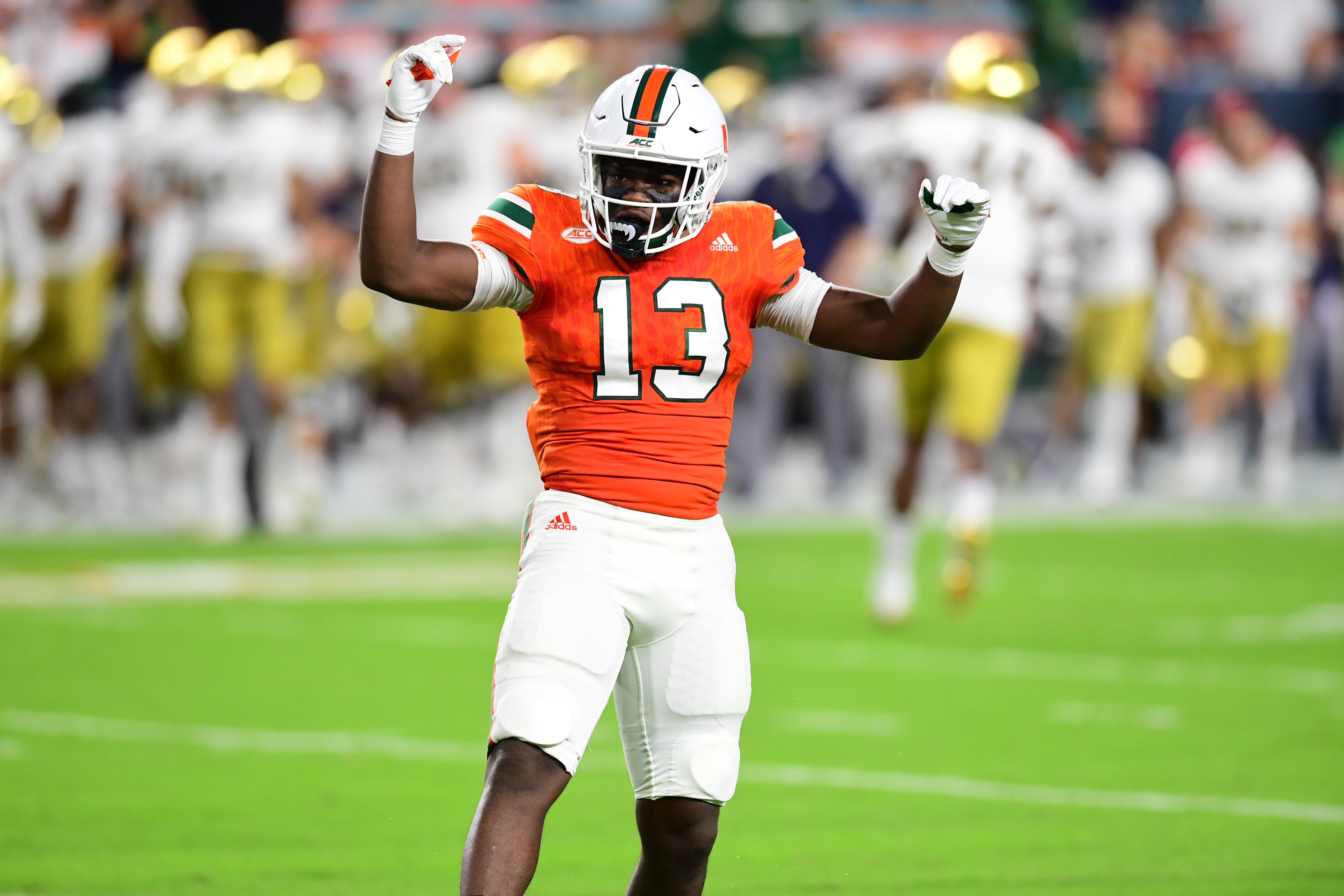 The University of Miami, home to so many legends, has a new face of the program. DeeJay Dallas.

After a huge game Thursday night against North Carolina, in which he rushed for 114 yards and a touchdown at a blistering 10.4 yards per carry pace, Dallas’ star is on the rise.

Miami knew they had something special when they signed Dallas out of Brunswick, Ga (Glynn Academy). It just took them awhile to figure out where to use him.

Everywhere is exactly where he played during his high school days at Glynn Academy. A prolific receiver and defensive back during his sophomore year, Dallas was clearly the most explosive player on every field he stepped on. That’s saying something in South Georgia.

Though he had taken snaps at quarterback his sophomore year, it was a few games into his junior year that his coach, Rocky Hidalgo, turned the keys to the offense over to Dallas. It seemed like a no-brainer. What’s the easiest way to get the ball in his hands? Snap it to him. Dallas was borderline unstoppable in the run game, and devastating in his ability to throw.

So Deejay Dallas is kind of good... 58 yards for a TD. https://t.co/lCOZda5bi4 pic.twitter.com/t8qgJddxKB

“He’s an amazing athlete,” said Hidalgo, “but it’s his demeanor that sets him apart. He really reminded me of another guy I coached, Chase Thomas, who was a 4-year starter at Stanford, and played in the league. They both had that intensity. DeeJay just has ‘it’”.

At the helm, Dallas lead his team to a state championship appearance his junior year, and another deep run his senior season.

“In terms of guys I’ve coached, he’s up there. I’ve coached 5-Stars, Parade All-Americans, dudes who have played in the NFL. DeeJay’s up there.” added Hidalgo.

After his senior season, Dallas and fellow Glynn Academy Red Terror, Zalon’tae Hillery, made their way down to Coral Gables to join Mark Richt at Miami.

A superb athlete, Dallas ran into the problem that a lot of star recruits run into, everyone is amazingly talented at this level. Miami is Miami, there will always be great athletes.

Coming from a system that saw him play quarterback, running back, receiver, defensive back, and return kicks, he needed to develop his craft at one of these positions.

Heading into the 2017 season, it seemed that position would be receiver. At 5’11 190lbs, Dallas was the perfect weapon in the slot to compliment Braxton Berrios.

After appearing in only one game leading up to it, Dallas showcased his skills in the slot against North Carolina, sparking a stalled offense with a 49 yard catch down the seam to help Miami come out with the 24-19 win.

After a couple of injuries left them thin at running back, the Canes turned to Dallas to provide some depth.

He played well in his first extended action at running back in a game against Virginia Tech, averaging 5.3 yards per carry on 6 attempts, but it was against Notre Dame that Deejay caught the nation’s eye.

In what was supposed to be a slugfest between two top-15 teams, Miami suffocated Notre Dame on both sides of the ball on their way to a 41-8 win. Two of the Hurricane’s touchdowns were scored on the ground by Dallas, including an exclamation point diving score that has been seen a million times since.

Miami’s season didn’t end the way they envisioned, with three straight losses, but it seemed Dallas had found his spot.

Leading up to the 2018 season, DeeJay got noticeably bigger, packing on muscle to prepare for a full season at running back.

As good as he’s been at running back this year, and he’s been good, Dallas isn’t one to be pigeon-holed. Whenever he’s asked if he “feels like a running back” or “is feeling more comfortable in the position”, his answer is quick and concise. “I feel like a football player.”.

Look at the young guy being the man in Miami! RT @ChristyChirinos: DeeJay Dallas pretty emphatic in his support of QB Malik Rosier. And he says the boos need to stop. pic.twitter.com/PLup87eYD9

He’s definitely that, but more and more he’s embodying what it is to be a Hurricane.

Calm and confident off the field, Dallas turns into a whirlwind of passion, fury, and a very Miami… swag when he hits the field.

I was raised in the jungle... pic.twitter.com/n6eabDDZga

That passion, combined with an elite level of play, and a really good head coach is something Miami has been starved of for a long time.

Deejay’s unflinching vision of what it is to be a Cane has captured the hearts of Miami fans, and made him the central focus of many of the school’s social media promotions.

Through only 5 games, Dallas has already surpassed his 2017 rushing total of 217 yards. After Thursday night’s game, Dallas sits at: 338 yards rushing, 6.2 yards per carry, 4 receptions for 58 yards, and 2 total touchdowns.

Miami should repeat as Coastal Champions in the ACC, and will likely face Clemson in the ACC Championship again.

That would likely be a play-in game for the College Football Playoff.

With Dallas’ rise parallel to Miami’s resurgence, we should be in for a fun ride.