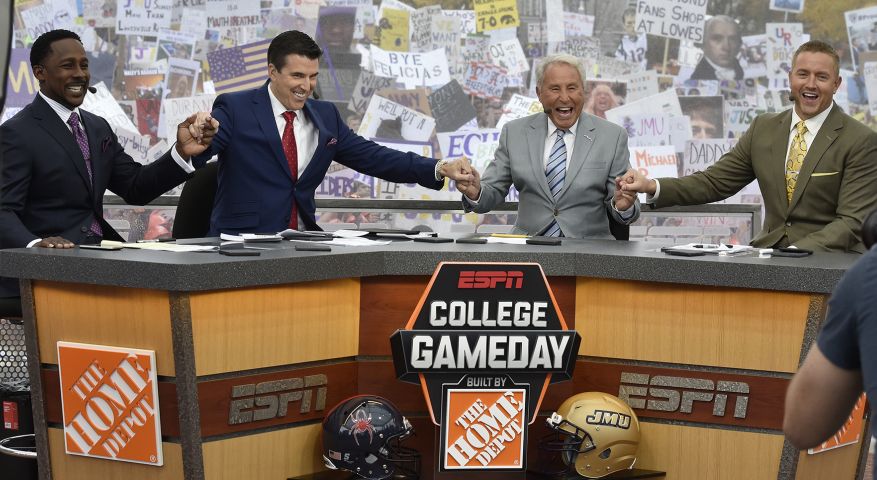 For the first time since 2005, ESPN’s “College GameDay” will be heading to Jacksonville, for this year’s edition of Georgia – Florida.

We're headed to Jacksonville for Florida vs. Georgia! pic.twitter.com/tWf8gGA9z1

This will be Georgia’s first *regular season game to be picked by the show since their 2013 top-10 matchup with LSU. *(GameDay was on hand for both of Georgia’s Playoff games in 2017)

For Florida, this is their first GameDay game since 2016, a top-25 tilt at Tennessee.

The choice may come as a surprise to some, as ‘GameDay’ is an ESPN product, and Georgia-Florida is covered annually by CBS. That being said, the show has traveled to Southbend to cover a Notre Dame game hosted by NBC, and was on hand for this years “Red River Shootout” between Oklahoma and Texas, covered by FOX.

This is clearly the best game of Week 9. As of now, the only other two Top-25 matchups would be:

Georgia – Florida could theoretically be a Top-10 matchup with 2 Ohio State losing badly to 3-3 Purdue. The Dawgs will likely come in at #7, but it would take a lot for the Gators to jump Ohio State from their current #11 spot.

Dawgs fans will be excited to see two members of the GameDay crew: David Pollack and Maria Taylor are both alums.

There’s no question that this will be the biggest “Cocktail Party” in years. It’s going to be a fun week!