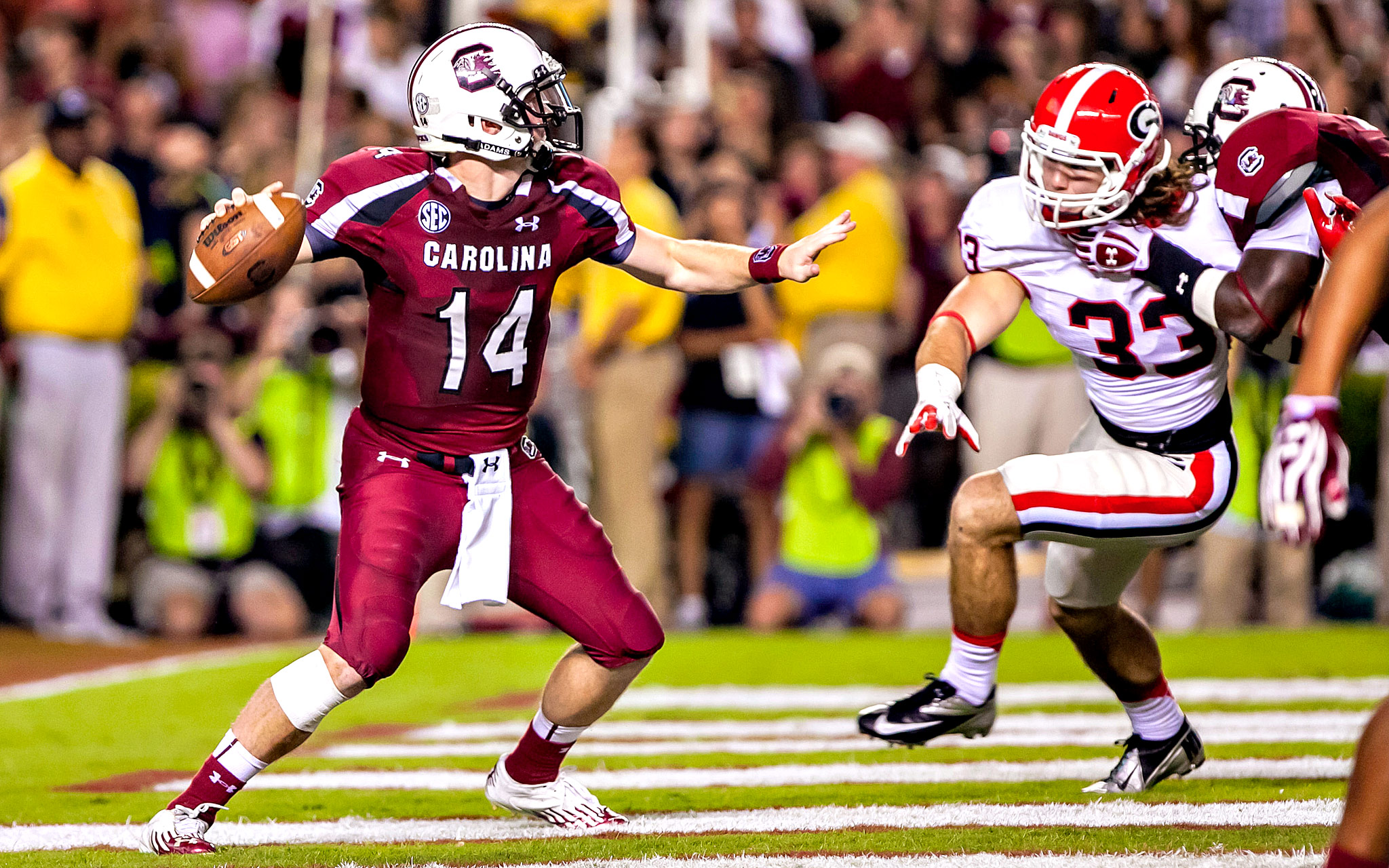 Around Connor Shaw’s new college campus or out on the recruiting trail, shadows of greatness very much follow his footsteps.

Home has always been a special place for Connor Shaw. Born and raised a competitor, the winningest quarterback in South Carolina history finished his career a remarkable 17-0 as a starter at Williams-Brice Stadium, a resume which includes wins over the likes of Georgia, where Shaw is from, along with Clemson, Florida and Tennessee. After a four-year NFL stint which featured a regular season start for the Cleveland Browns, Greenville, South Carolina is where Shaw settled down. An intertwining of fate and football, fitting timing then added to a family tradition.

Shaw is, without question, one of the most accomplished quarterbacks in SEC history. He led Gamecocks to three straight 11-win campaigns, the only times South Carolina has ever reached that mark, never lost to rival Clemson and won three consecutive bowl games. Historically, Shaw ranks 5th in the league with a career completion percentage of 65.48% and 7th with a career passing rating of 155.94. His senior season in Columbia came with 24 passing touchdowns, six rushing scores and, for good measure, a receiving touchdown.

Only six signal callers this millennium have reached 6,000 total passing yards, compiled a passer rating of 155 and rushed for 1,600 yards: Robert Griffin III, Jonny Manziel, Marcus Mariota, Tim Tebow, Deshaun Watson and Shaw. Since 2000, Shaw is college football’s lone quarterback with 24 passing touchdowns and one interception in a single season.

Throughout his career, Shaw played the game with a sense of destiny. He, as a coach’s son, saw the field with the vision of a veteran. Playing for his father Lee at Flowery Branch High School in north Georgia, Shaw took the Falcons deep in the playoffs while developing into one of the state’s top quarterback prospects and athletes overall; he threw for 5,300 yards and 52 touchdowns and ran for 1,741 yards and 28 scores as an upperclassman, but also had 1,200 yards and 15 touchdowns as a sophomore receiver.

Lee has compiled over 150 career victories, five region titles and multiple coach of the year awards in 22 seasons at White County, Flowery Branch and now Rabun County in the Peach State. A year ago, he led the Wildcats to the class AA championship game. Serendipitously, Jaybo, after some time in the college coaching ranks, is the offensive coordinator at Rabun, continuing the Shaw tradition of not only playing the game at a high level, but coaching it as well.

Perhaps it was only just a matter of time; Connor is also now part of the family business.

The second Shaw son was hired as the tight ends coach at Furman back in January, joining the notable FCS power as a member of Clay Hendrix’s staff. Columbia to Greenville, the move was a full-circle one for a true state of South Carolina football star. Shaw begins his coaching career not far from where the impact of his playing days still stand out. Albeit on a different path, Shaw is following many of the same roads.

“Sure, I think in the back of my mind I always thought I would be in coaching. I just love the game too much and I love the platform that you can have by coaching and shaping men,” Shaw explained. “It has been great to me so far.”

Fittingly, Shaw will roam the sidelines in the very town where he has strolled the sidewalk. This change only strengthens Shaw’s roots. 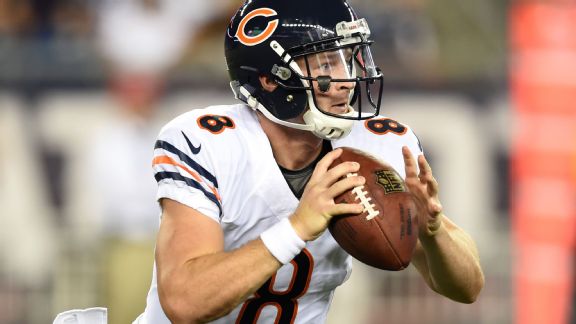 “You know, Greensville, South Carolina has been our home for the past four years. I’ve been raising a family here and was about 10-15 minutes away from campus,” Shaw continued. “Furman has been a great spot. I’m learning a lot from Coach Hendrix and the program has a great reputation and tradition. We’re just continuing to build on that tradition.”

The transition, for Shaw, has been natural in a number of ways. Obviously, he grew up learning the game, studying both film and for finals in a childhood lined with hashmarks. Athleticism aside, nuance has always been a Shaw starting point for quite some time. Furthermore, he was recruited and developed by one of the most influential coaches in college football history in Steve Spurrier. Shaw, including his time in the professional ranks, has long been groomed for his current role.

Though just 26 years old, Shaw has a lifetime of experience from which to draw.

“Goodness, I’ve come across a lot of guys that I’ve collected a lot of insight from,” he shared. “My dad, from going on to play for Coach Spurrier, along with the coordinators in the NFL, there has been a wealth of knowledge that has been shared that I will continue to bring.”

Spurrier brought truly unprecedented success to South Carolina, showcasing a number of widely-recognized playmakers, Shaw included. In ten full seasons, Spurrier won 84 games with the Gamecocks, peaking, Shaw’s junior and senior years, inside the national top five. An offensive pioneer who, in terms of scheme and style, helped revolutionized the SEC, Spurrier furthered Shaw’s personal and player development in the spotlight of one of the hottest programs in the country.

Duke to Florida to South Carolina, Spurrier changed the game. He won a national championship with the Gators in 1996 along with a total of seven conference titles and eight division crowns. Spurrier was a two-time ACC Coach of the Year and seven-time SEC Coach of the Year. All of that came after a two-time All-American playing career that was headlined by the 1966 Heisman Trophy. The “Head Ball Coach” is one of just four people ever inducted into the College Football Hall of Fame as a player and a coach. He is a heck of a mentor to have.

Much like with his father, Shaw learned a lot on and off the field from Spurrier.

“He is a guy that has been there on every level playing and coaching, demanded perfection and held our players accountable, but also knew how to treat us and how to maximize our talent,” Shaw reflected.”He and his wife Jerri really just took on a role of being a father figure and mother figure for a lot of players. I know he still reaches out and keeps in contact with a lot of the players he coached, so that just says something about the kind of man that he is.”

The South Carolina experience, under Spurrier, came with the highest of expectations. Shaw handled the pressure well. He teamed with the likes of Mike Davis, Marcus Lattimore and Alshon Jeffery and Jadeveon Clowney, Stephon Gilmore and Melvin Ingram to elevate the status quo in Columbia. What Shaw did, and who he did it with, only helped solidify his bond with the sport and all that comes with it.

“I played at the right time, with a lot of athletes and a lot of good players that came through that made me look a lot better than I actually was and they are just all over the NFL right now and representing the university well,” Shaw remembered. “I cherish those moments playing for Coach Spurrier. I learned a lot from him, more than just being a player and quarterback, that translates off the field so it was a great tenure at South Carolina.”

Forever a revered figure in the Palmetto State, Shaw starts his coaching career with countless highlights still fresh in the rear-view. His grand finale, a Capital One Bowl MVP performance, is only four years and some change away. Shaw’s name is definitely one that turns heads. He was a member of the Chicago Bears this time last summer.

Around Shaw’s new college campus or out on the recruiting trail, shadows of greatness very much follow his footsteps.

Shaw is poised to make an immediate impact as a mentor and teacher alike. Accomplished and experienced, affable and engaging, his story should ring true with student-athletes eager to find their way. Recently, Shaw, under his father first, then Spurrier, was working towards his own opportunities. Shaw can speak, firsthand, to the grind of the modern-day player.

For current and future talents, Shaw’s resume speaks for itself. So, too, will his perspective.

“I think I can relate to a lot of kids and I think being a younger coach just fresh out of football, there’s a lot of advice there. Some of the things that I’ve been through weren’t too long ago, so I just try to find unique ways to empower them and get them engaged and involved and hopefully it will resonate,” Shaw added.

With Shaw’s new position comes a new platform. Though he set numerous statistical records at both Flowery Branch and South Carolina, also earning the chance to start at football’s highest level, a big part of Shaw’s legacy is leadership. Furman’s new tight ends coach can undoubtedly share countless keys to the game, but, also, something more. Shaw’s frame of reference goes all the way back to the beginning.

A seed was planted at an early age; Shaw’s outlook grew right out of his own backyard.

Joining a team that advanced to the second round of the FCS playoffs in Hendrix’s debut season, championship expectations have tailed Shaw’s jump from player to coach. His authenticity, passion and work ethic, a frame of reference years in the making, follows like a last name.

“The thing I am looking forward to most is just connecting with the players, learning about them, knowing them and their families, what their goals are outside of football and on the field,” Shaw concluded. “We are going to have a chance to be really good this year, but we have a ways to go. We had a really good spring ball, we have some good young players, we have a good class coming in and we have a lot of guys returning from last year. Everyone is just wanting to build from that playoff run. It’s really special to be a part of.”

Football has taken Connor Shaw many different places. Home has never been too far away.