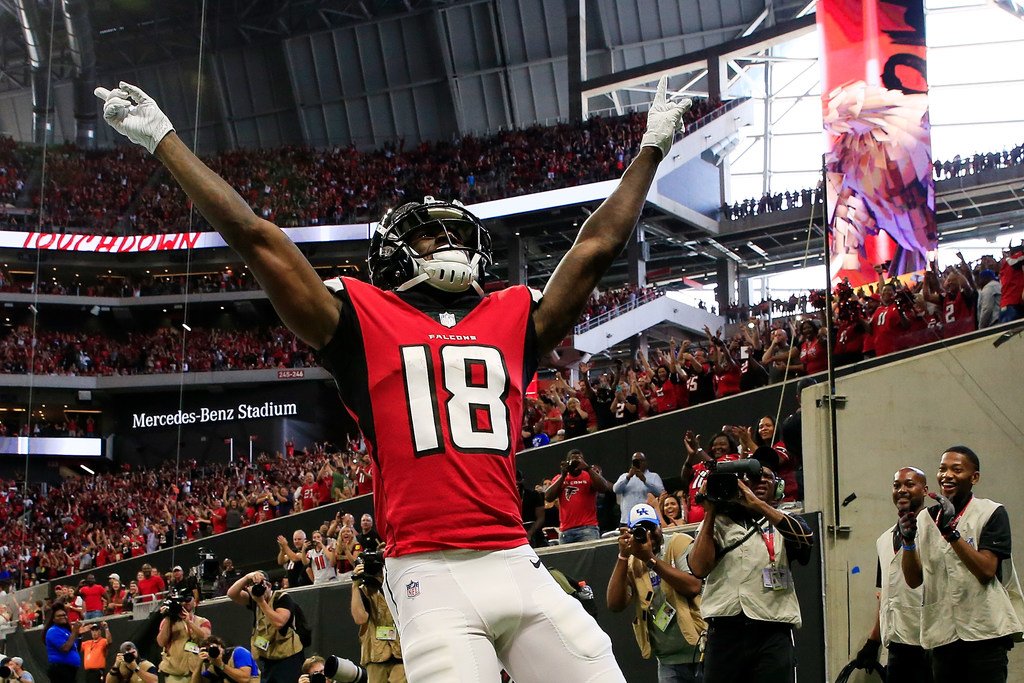 In a game in which Drew Brees set the NFL record for completions in a career (6,301), Falcons’ rookie receiver Calvin Ridley was breaking records of his own.

The first round pick out if Alabama become the first rookie in Atlanta Falcons history to catch three touchdowns in a game. The phenom did it in about two in a half quarters, so there could be more to come for Brees and Ridley.

Looking at Calvin Ridley on your fantasy bench like pic.twitter.com/YOIukJfC61

Ridley's 138 receiving yards are the most by a Falcons rookie since 1986 (Floyd Dixon - 146). pic.twitter.com/o2GxVHyWWD

CALVIN RIDLEY IS GOING OFF. pic.twitter.com/UQvg5f1n8M