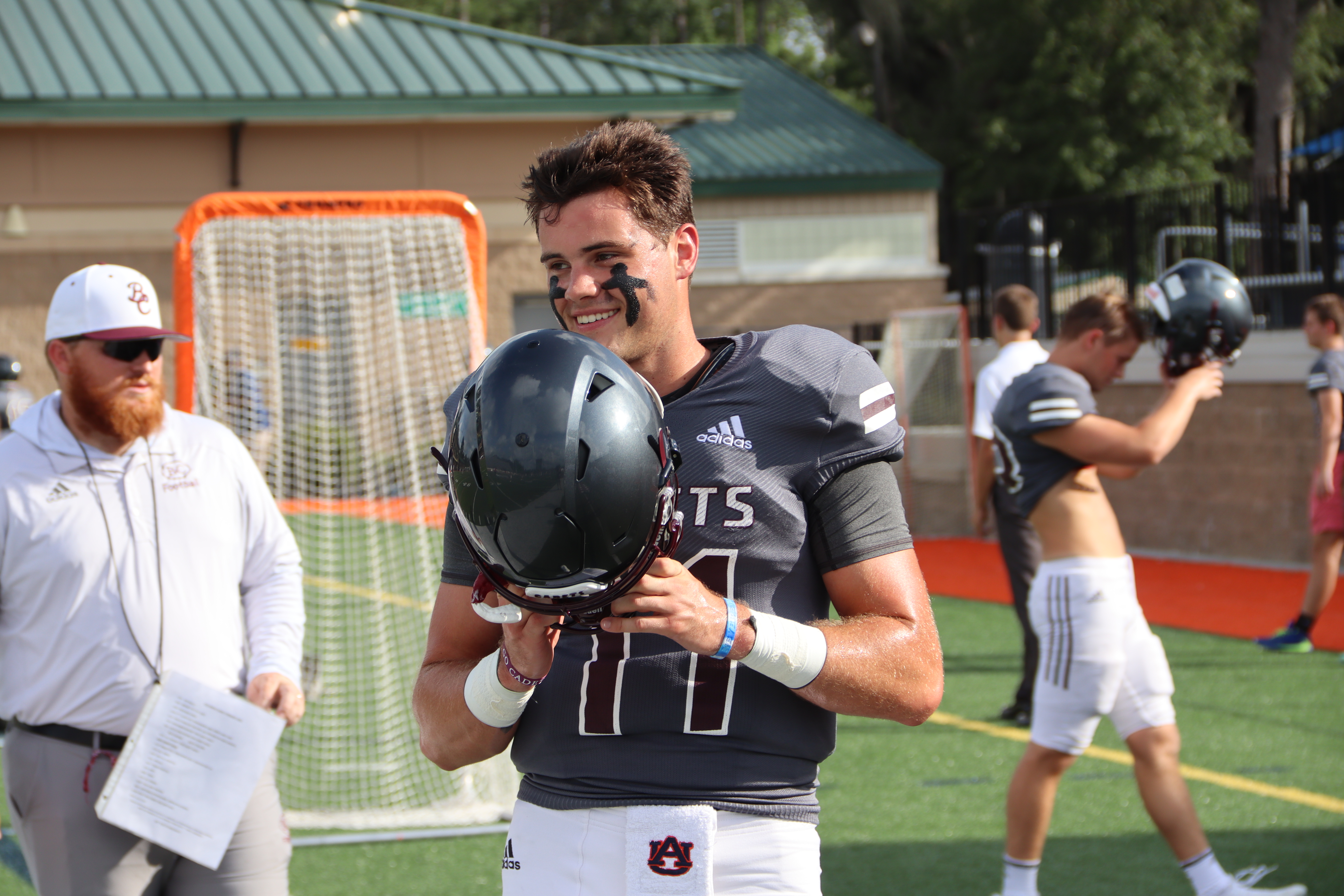 Holden Geriner has a had a year most football players dream of.

In February, the quarterback committed to play for Auburn.

In September, he set school records for passing yards in a game (448) and touchdowns in a game (6) in a win over Ware County.

In December, he led Benedictine to a State Championship, throwing for 397 yards and 4 touchdowns in the victory.

Also in December, he signed his NLI with Auburn.

If you thought Geriner would sit on his laurels, you don’t know him. Geriner is currently in Florida, preparing for the Under Armour All-America Game.

The game will be played on January 2nd at Camping World Stadium in Orlando and features the top Class of 2022 players from across the country. It’s a chance for college football fans to get an early look at their team’s newest signees competing against other future college football stars.

It’s also a chance for the country to see what everyone in Georgia has come to realize: Holden Geriner is a dude.

See how the other QBs performed Wednesday night: https://t.co/FayOVbGIFd pic.twitter.com/rWj68ca0LR

He’ll be competing on Team Icon, alongside a plethora of other blue chip prospects.

Fans can watch the game on ESPN on January 2nd at 2 pm.