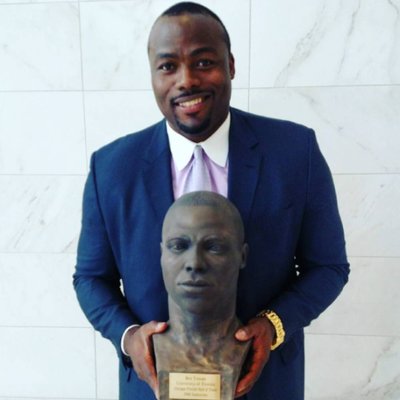 The 2nd annual “Ben Troupe Florida-Georgia Legends Series” will be held virtually this year due to coronavirus on Thursday, November 5th from 7-9pm on ESPNCoastal.com and corresponding social media accounts, as well as heard on ESPN Radio Savannah AM 1400 & FM 104.3, ESPN Radio Coastal Georgia AM 790 & FM 103.7, ESPN Radio Okefenokee AM 1350 & FM 98.5 and on the ESPN app. Exclusive content will be broadcast and streamed over traditional and digital outlets.

Troupe, a co-host with Kevin Thomas and B.J. Bennett on the afternoon show “Three & Out”, will host interviews with greats from the rivalry series and give fans an intimate look at one of the most tradition-rich pairings in all of college football.

Inducted into the Florida-Georgia Hall of Fame in 2016, Troupe caught the game-winning touchdown pass for the Gators in their 20-13 victory in 2002 as Florida upset the undefeated Bulldogs. He was a first-team All-SEC and first-team All-American tight end in 2003, catching 39 passes for 658 yards and five touchdowns. A Swainsboro, Georgia-native, Troupe was selected 40th overall as the first pick of the Tennessee Titans in the 2004 NFL Draft. Troupe played four seasons in Nashville, also joining the Tampa Bay Buccaneers and Oakland Raiders.

“With covid concerns, we are hosting this year’s talk virtually,” Troupe explained of his second edition event. “We are still thrilled to be able to share perspective on the best rivalry in college football with a number of stars from both Florida and Georgia. It’s an honor for me to be able to reflect on a game that means so much to so many people, myself included, with these legends.”

Like Troupe, Georgia’s Curran is also a member of the Florida-Georgia Hall of Fame. Casey won national championships in 2006 and 2008 with the Gators, with Wright on the 2008 team as well.

A famed rivalry that dates back over a century, Florida and Georgia have a deep history of disdain and disagreement. The two sides can’t even settle on when the series actually started; the Bulldogs say 1904, while the Gators say 1915. Georgia has currently won three games in a row in the series, including a 24-17 victory last season. As usual, this year’s matchup has massive implications in the SEC East.

Thursday’s show will be brought to you in part by the Westin Jekyll Island, which hosted the inaugural event. For more information  call 912-635-4545.