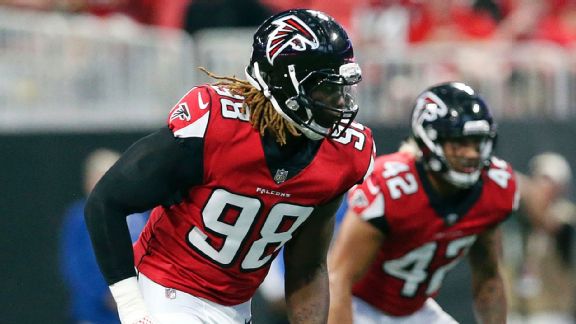 Series History: To begin simply, the history runs thin and in favor of the Black and Yellow. Pittsburgh leads the series between these two at 13-2-1. The Falcons only two wins happened in Atlanta, the first of which being 27-16 WAY back in December of 1970! The other, 41-38 in overtime on a 32 yard FG in 2006 by the great Morten Andersen.

The latest matchup ended in a Steelers’ win in December of 2014 in Atlanta. Matt Ryan threw one interception, a 52 yard Pick-6, in the beginning of the second quarter to William Gay. Combine that with the two Suisham field goals in the first quarter to put PIT up 13-0…and Atlanta trailed the entire game. Antonio Brown finished perfect, 10 targets and 10 receptions for 123 yards, and the Falcons were unable to keep Le’Veon Bell out of the end zone when it mattered. Bell had 20 carries for only 47 yards with two rushing touchdowns, a 13 yard run and one yard run. Atlanta defense couldn’t produce turnovers or stop the Steelers in the red zone and ultimately fell 27-20.

Pittsburgh: The most recent matchup in Pittsburgh, Week 1 of the 2010 season, the Steelers emerged victorious in an overtime win 15-9. It was a shootout between kickers Matt Bryant and Jeff Reed, and they both finished with three field goals each. Reed from a distance of 52, 36, and 34 yards, and Bryant respectivelly with 49, 39, and 23 yarders. The Falcons gave up 354 all-purpose yards, 211 in the air and 143 on the ground, and the one and only touchdown of the day was a game winning 50 yard rushing touchdown made by Rashard Mendenhall just 2 minutes and 35 seconds into OT to seal the deal.

Offense – Julio Jones – Standing at 6’3″, 220 lbs, ‘The Jet’ leads the NFL in receiving yards at 502 yards on the season. He’s recorded 17.3 avg yards per catch, as well as, a 125.5 ypg avg, the highest receiving ypg avg in the NFL. He’ll be looking to take advantage of this time in which defenses are still trying to figure out how to cover the dangerous offensive weapons being utilized by Atlanta. Jones hasn’t been entirely effective this season with a lack of touchdown catches but he IS projected to go for 2,000+ yards and 0 touchdowns, a feat (lol.)The offense has found more success in the red zone since the start of the season, maybe Julio will catch his first break in the end zone on Sunday.

Defense – Robert Alford – A 6-year seasoned veteran from Southeastern Louisiana that seems more confident this year and moreso over the past few years in coverage. The former Lion’s professional career has been highlighted by 10 interceptions, two of which were returned for a score, a forced fumble back in 2013, questionable pass interference calls over time, and then a mix of good and great coverage. Now don’t get me wrong, Atlanta loves them some Robert Alford. But the Falcons have allowed 212.7 yards per game to receivers the past few weeks since playing Carolina week 2, by this standard, the fifth highest rate in the league. Atlanta will be leaning on him, fellow veteran cornerback Desmond Trufant among others this weekend to take on the electric wideout duo in JuJu Smith-Schuster and Antonio Brown.

Offense – JuJu Smith-Schuster – This second-year wide receiver out of USC, stands 6’1”, 215 lbs, and was drafted 62nd overall in the second round of the 2017 draft. His best game this year coming against Kansas City where JuJu caught 13 passes from Ben Roethlisberger for 121 yards, and one touchdown on a two yard pass. While that may not be SO impressive against a last place KC defense that gives up 450 ypg, Smith-Schuster is averaging 12.2 targets per week, 13.4 yards per catch, and will be seeking to contribute majorly on Sunday with Falcons still missing key safeties. While an abdomen injury limited him in practice this week and his status listed ‘questionable,’ he should be ready to go.

Defense – Whoever is covering Calvin Ridley – The rookie receiver Calvin Ridley, 26th overall pick in the 2018 NFL draft from the University of Alabama, has been taking leads too. Attracting loads of attention, Ridley is the NFL front-runner in  in touchdown catches with 6 through week 4. Safeties Sean Davis and Terrell Edmunds, CBs Joe Haden and Artie Burns, and LB TJ Watt among others will be relied upon to lock up and slow down the Atlanta high-scoring offense.

The game kicks off at 1pm ET on Sunday. A beautiful day in Pittsburgh with a high of 84 to ensue. Will the injury plagued Falcons fix their defensive woes? Takk McKinley talking smack that Roethlisberger hasn’t seen him. Will he this Sunday? The Falcons and Steelers offenses will be firing on all cylinders, and Devonta Freeman should be available once again in the backfield for Atlanta. It’s on.