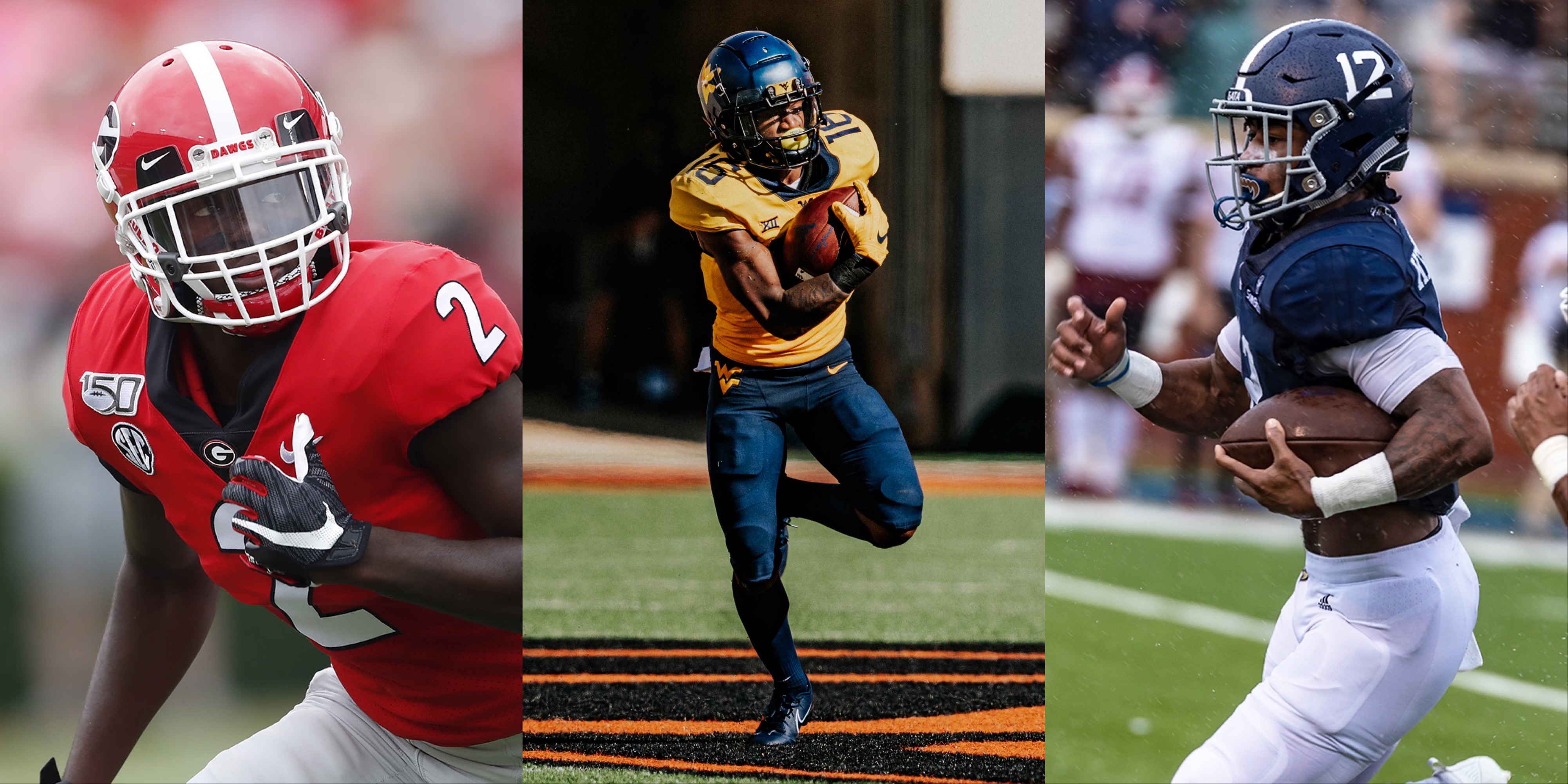 If you’ve been paying attention to college football closely in 2020, you’ve most likely noticed that local products from our area have made an incredible impact on the season so far. In fact, it’s difficult to find a game on Saturdays that local standouts aren’t making big plays in. Due to this heavy impact across the nation, every week we will review some of the biggest performances from our former high school football standouts who have moved on and are having even more success at the college football level.

Richard LeCounte, former Liberty County phenom, is the leader of the Georgia Bulldogs defense in 2020. Against Alabama, LeCounte accounted for 5 total tackles, 3 solo tackles, 1 tackle for loss and an interception in the first half. LeCounte is tied for the national lead for interceptions with 3 on the year.

While he did not have his best game against Alabama, former walk on and Pierce County phenom Stetson Bennett has taken over at quarterback for Georgia in 2020. After replacing D’Wan Mathis, Bennett led a comeback victory against Arkansas to start the season and has also led the Bulldogs to victories over Auburn and Tennessee. Bennett has thrown for 958 yards and 7 touchdowns on the season. He’s also rushed for 39 yards and added a rushing touchdown against Tennessee.

There are several other local products helping Georgia win games this year, as well. Warren McClendon, a Brunswick High graduate, has been a force starting on the offensive line and making his presence felt as only a Redshirt Freshman. Jack Podlesny, a kicker from Glynn Academy, has made 8/10 field goals on the year with a long of 51 yards. Podlesny has made all 14 of his extra points attempted and has taken over kickoff duties for the Bulldogs as well. Savannah Christian graduate Demetris Robertson has added to Georgia’s offensive threat at wide receiver this year with some big plays. Savannah products Nolan Smith and Warren Brinson have also made big plays for Georgia’s defensive line in 2020.

But Georgia isn’t the only place that local talent is making plays at. Kevin Harris, Bradwell Institute product, is one of the leading rushers in the SEC this year. This week Harris carried the South Carolina Gamecocks to victory over 15th ranked Auburn with 83 yards on 25 carries and 2 rushing touchdowns. On the year, Harris has 409 rushing yards and 6 touchdowns. South Carolina is also getting help defensively from former Ware County Gator Ernest Jones. Jones had 7 total tackles, 5 solo tackles and 2 QB hurries in the upset win over the Tigers.

West Virginia’s wide receiving core is dominated by local talent. This week, Winston Wright Jr. of Memorial Day hauled in 4 receptions for 54 yards. Wright Jr. is also a kick returner for the Mountaineers and totaled 35 yards on 2 returns on Saturday. Sam James of Richmond Hill caught a 8 yard touchdown pass on his only reception in the 38-17 victory over Kansas. Sam Brown, New Hampstead graduate, has also made plays this year in the West Virginia passing attack.

At Georgia Southern, former Benedictine Cadet Wesley Kennedy continues to make explosive plays for the Eagles. On Saturday, Kennedy totaled 106 rushing yards which included a 56 yard touchdown run. Brian Miller, Memorial Day standout, has been playing significant minutes for Georgia Southern at LT this year and was a force once again on Saturday. Chris Harris Jr, another former Benedictine Cadet, helped the Eagles’ defense hold UMass to a shutout in Saturday’s 41-0 victory over the Minutemen.

As more colleges get back to playing football in 2020, even more local talent will hit the field and make big contributions to their teams. We will continue to highlight impressive college football performances from local products throughout the year.