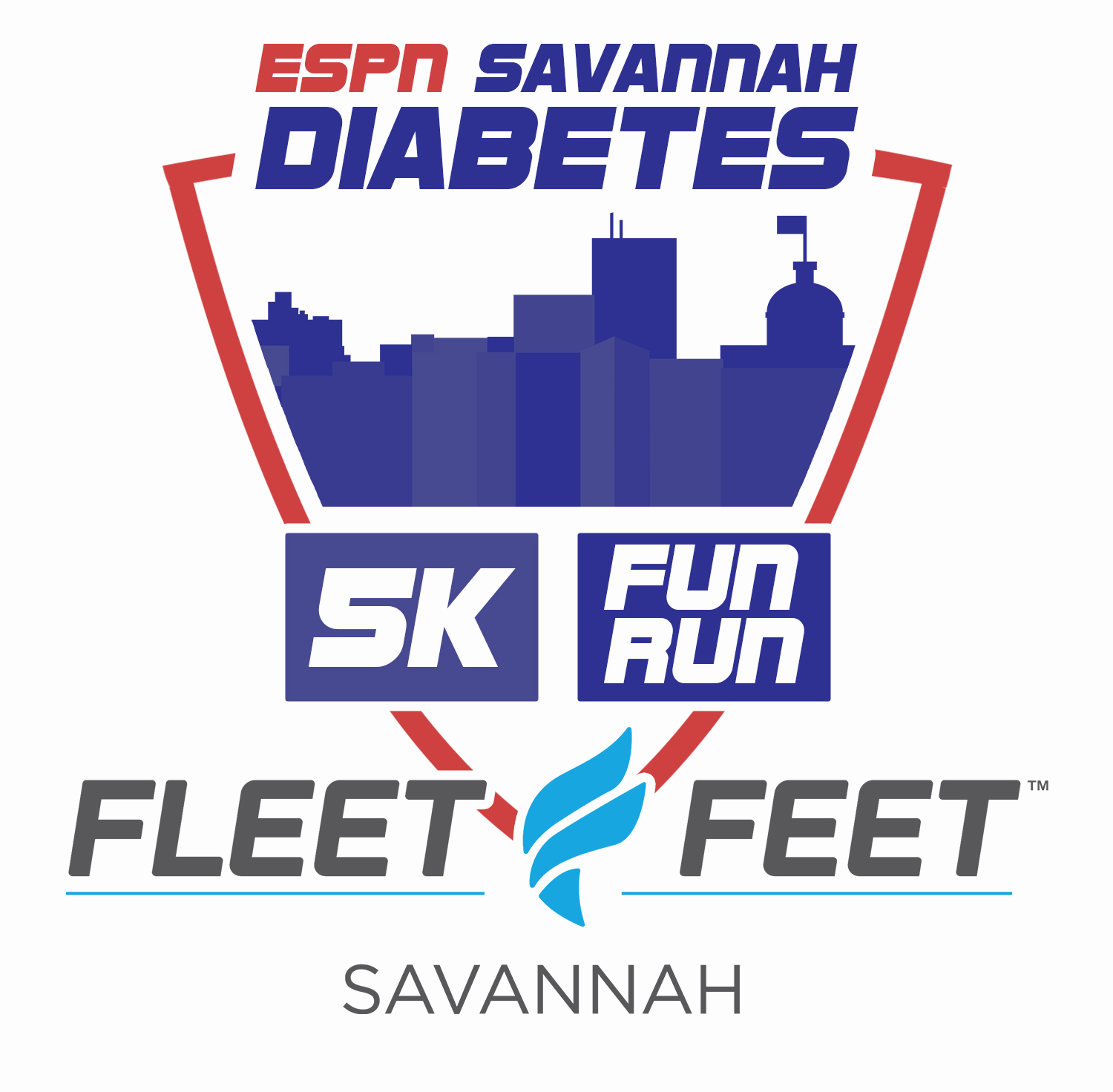 SAVANNAH — ESPN Radio Coastal, a multi-affiliate regional sports hub with stations in Savannah, AM 1400 & FM 104.3, and Hilton Head, FM 92.7, will host the “Fleet Feet ESPN Diabetes 5K” on Saturday, February 29th at Henderson Golf Club in Savannah. The event will raise awareness and funds for diabetes, with donations to be made to local charities. Registration, which comes with a race t-shirt and photo, is currently open at RunSignUp.com (https://runsignup.com/Race/GA/Savannah/ESPNDiabetes5k). All skill levels are encouraged to participate.
There will be refreshments and group-specific awards following the “Fleet Feet ESPN Diabetes 5K”. Materials on diabetes, and corresponding support resources, will also be available, along with a wide variety of on-site vendors. Running experts from Fleet Feet will assist with guidance and instructions while being on hand for race preparations. The inaugural ESPN Diabetes 5K was held in 2016, with Eric Carpenter winning the race with a final time of 18:51. Both 2019 champions, male John Duberley and female Skylar Davis, are set to defend.
The presenting sponsor of the “Fleet Feet ESPN Diabetes 5k”, Fleet Feet is a regional running fixture, a store, located at 3405 Waters Avenue in Savannah, catered to runners, walkers and fitness enthusiasts alike. Renowned for the experience, knowledge and passion of their staff, Fleet Feet has developed a community of engaged participants who are active and involved in local events. Beyond just shoes and apparel, Fleet Feet takes pride in supporting the athletes they serve.
On Friday, February 28th, ESPN Coastal’s afternoon show “Three & Out” will broadcast live at Fleet Feet 3-6pm as the Waters Avenue location will be the site for race-packet pick-up.
Fleet Feet believes that running changes everything and serves as a point of contact for like-minded individuals in the area.
“If we can be out there to help raise awareness, help raise some funds and help those people in our community no matter if they run or not, we are out there just wanting to be an advocate for the betterment of the community,” explained Fleet Feet owner Mike Nadeau. “For us to be able to join up with the ESPN Diabetes 5K and help raise money and awareness for these people, it’s really a privilege and honor for us.”
Per the American Diabetes Association at Diabetes.org, 30.3 million Americans, as of 2015, had diabetes. An estimated 1.5 million Americans are diagnosed with diabetes every year. In 2015, diabetes was the 7th leading cause of death in the United States. The total cost of diagnosed diabetes in the United States in 2017 was $327 billion, $237 billion for direct medical costs and $90 billion due to reduced productivity.
Diabetes is prevalent in the state of Georgia as, in 2012 per Georgia Department of Health, approximately 734,800 adults in the Peach State reported that they had been diagnosed with diabetes.
For more information on diabetes, visit Diabetes.org. For more information on the “Fleet Feet ESPN Diabetes 5K” visit ESPNCoastal.com or Facebook.com/ESPN5K.
Tweets by ESPNCoastal