Top 5: Moments From The South Carolina – Georgia Rivalry Over The Past 20 Years

Georgia heads to Columbia this Saturday for a match-up with South Carolina that has a lot of experts thinking upset. The #3 Bulldogs will face the newly ranked #24 Gamecocks at 3:30 in front of what will certainly be a raucous crowd. Williams-Brice has been a mixed bag for the dawgs over the past 20 years. Georgia boasts a 6-4 record in those games.

Let’s take a look at some of the classic moments in this rivalry over the past 20 years. 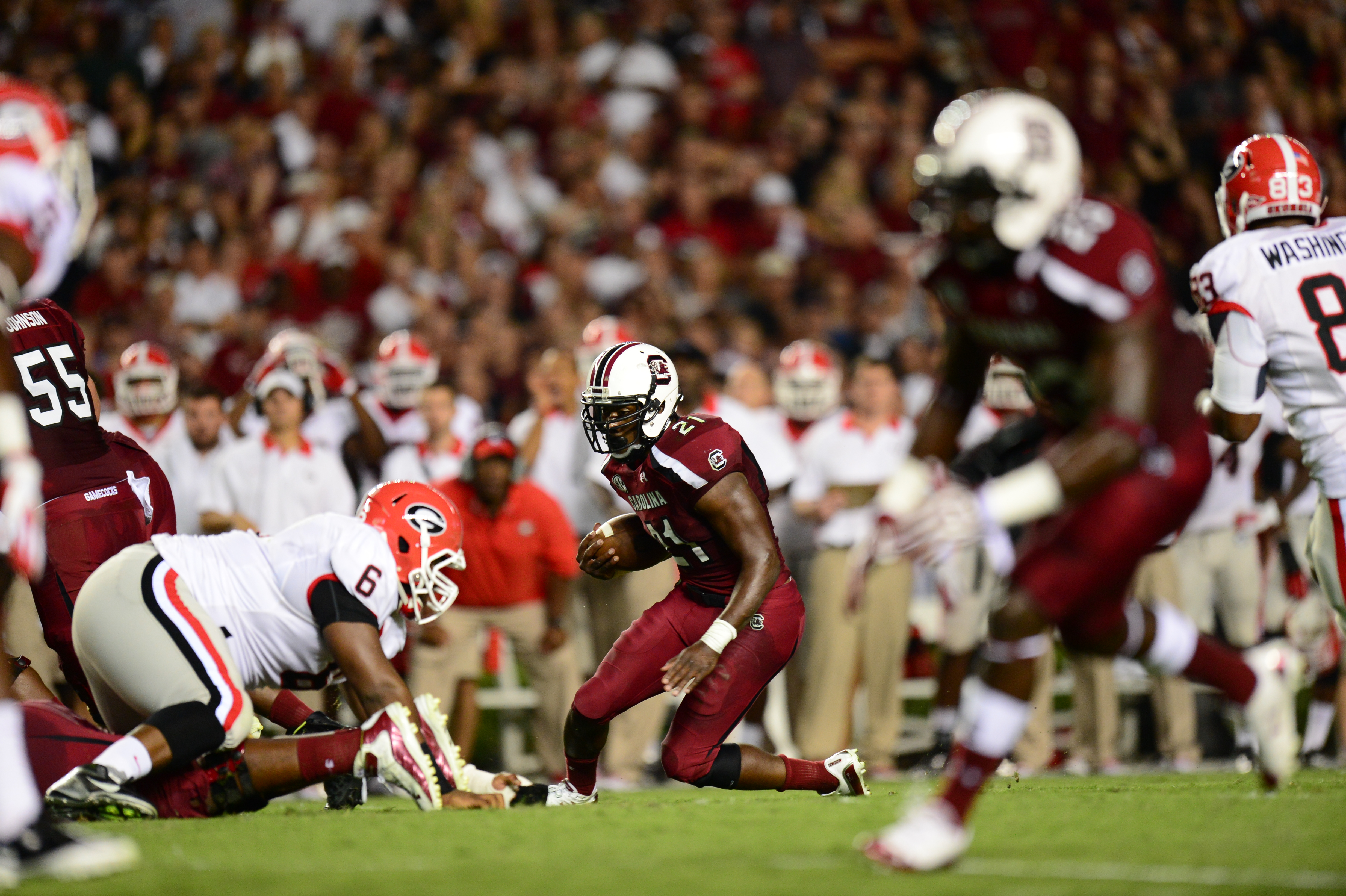 Just a freshman in his first SEC game, Marcus Lattimore announced himself as a force in college football. Lattimore shouldered the load for the Gamecocks to the tune of 37 carries for 182 yards, including 2 first half touchdowns. That would be all the 24th ranked Gamecocks would need to knock off the 22nd ranked Bulldogs 17-6, and launch South Carolina into an eventual SEC East crown. 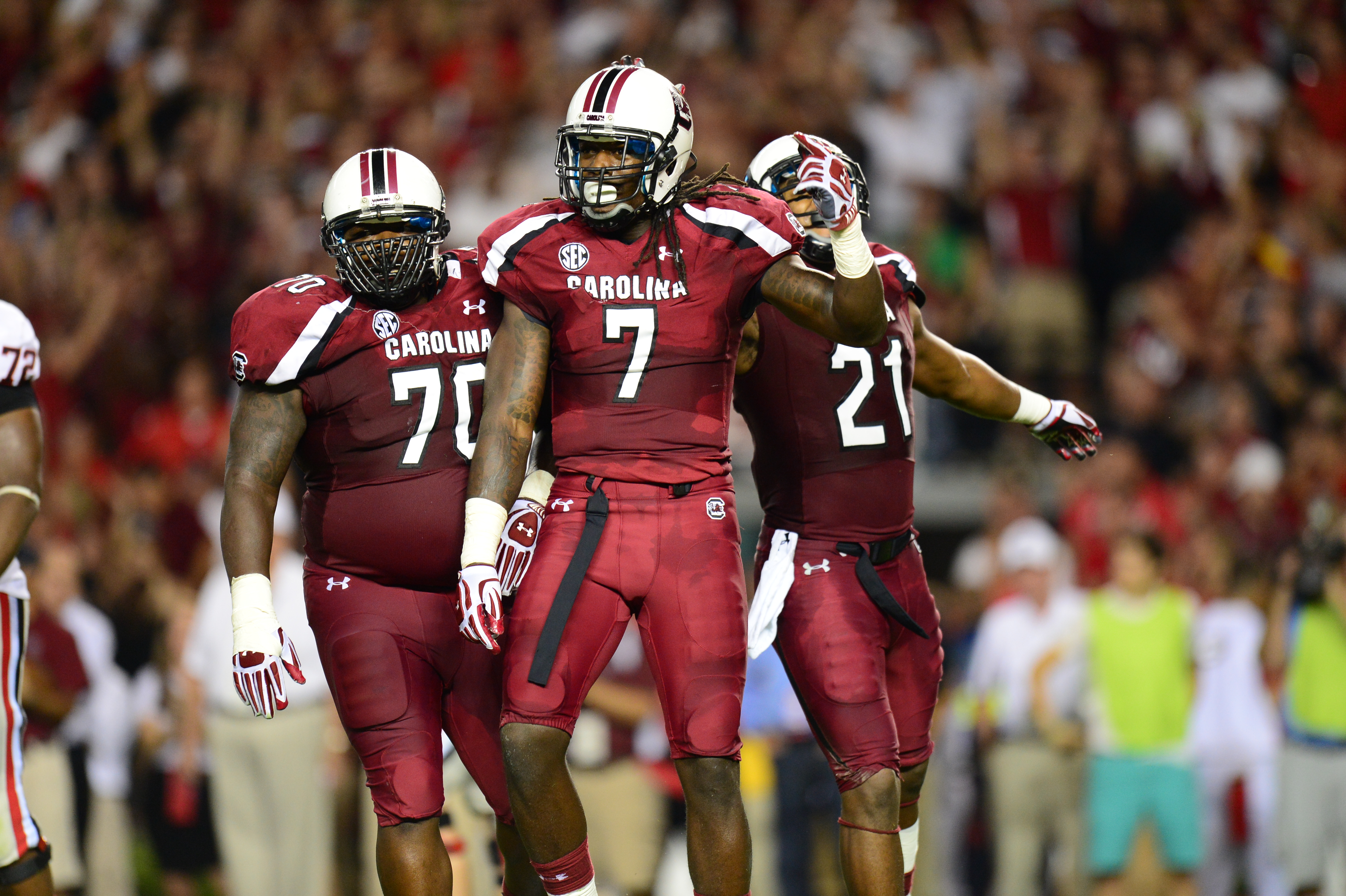 This Top-10 match-up was billed as a titanic early season battle. Instead, it was a statement game for South Carolina’s claim atop the SEC East. South Carolina roared out to a 21-0 lead in the first quarter, including an Ace Sanders punt return touchdown that took the lid off of Williams-Brice. South Carolina would go on to extend the lead to 35-0, before Georgia tacked on a late score.

Georgia’s offensive line had no answer for a South Carolina defense lead by future number 1 over all pick Jadaveon Clowney. Keith Marshall and Todd Gurley were held to 76 combined yards, and Georgia was held to 224 total for the game.

The win also marked South Carolina’s 10th in a row, a new record with the previous being 9 in 1984. It was also the first time in series history the Gamecocks had defeated Georgia in 3 straight games. 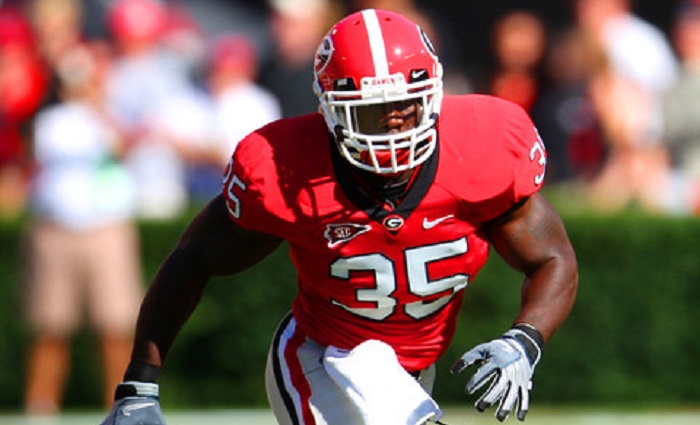 There were plenty of teams who despised playing this Georgia All-American linebacker, but maybe no team as much as South Carolina.

Clinging to a 14-7 lead in 2008, Georgia repelled two South Carolina attacks in the waning minutes with takeaways. The first, a forced fumble by Curran, who punched the ball out of a leaping Mike Davis’ hands at the Georgia 2. The turnovers sealed the game for the #2 ranked Dawgs.

The next season in Athens, Curran came up huge again. Down 41-37, the Gamecocks had driven to the Georgia 7. Facing 4th and Goal, Carolina quarterback Stephen Garcia saw Rennie Curran step towards the line to defend a run as soon as the ball was snapped. When Garcia tried to lob the ball to a seemingly open tight end, Georgia’s undersized linebacker came up huge. Curran simply stuck his arm up and swatted the ball away, sealing the win and avoiding Georgia’s first 0-2 start since 2006. 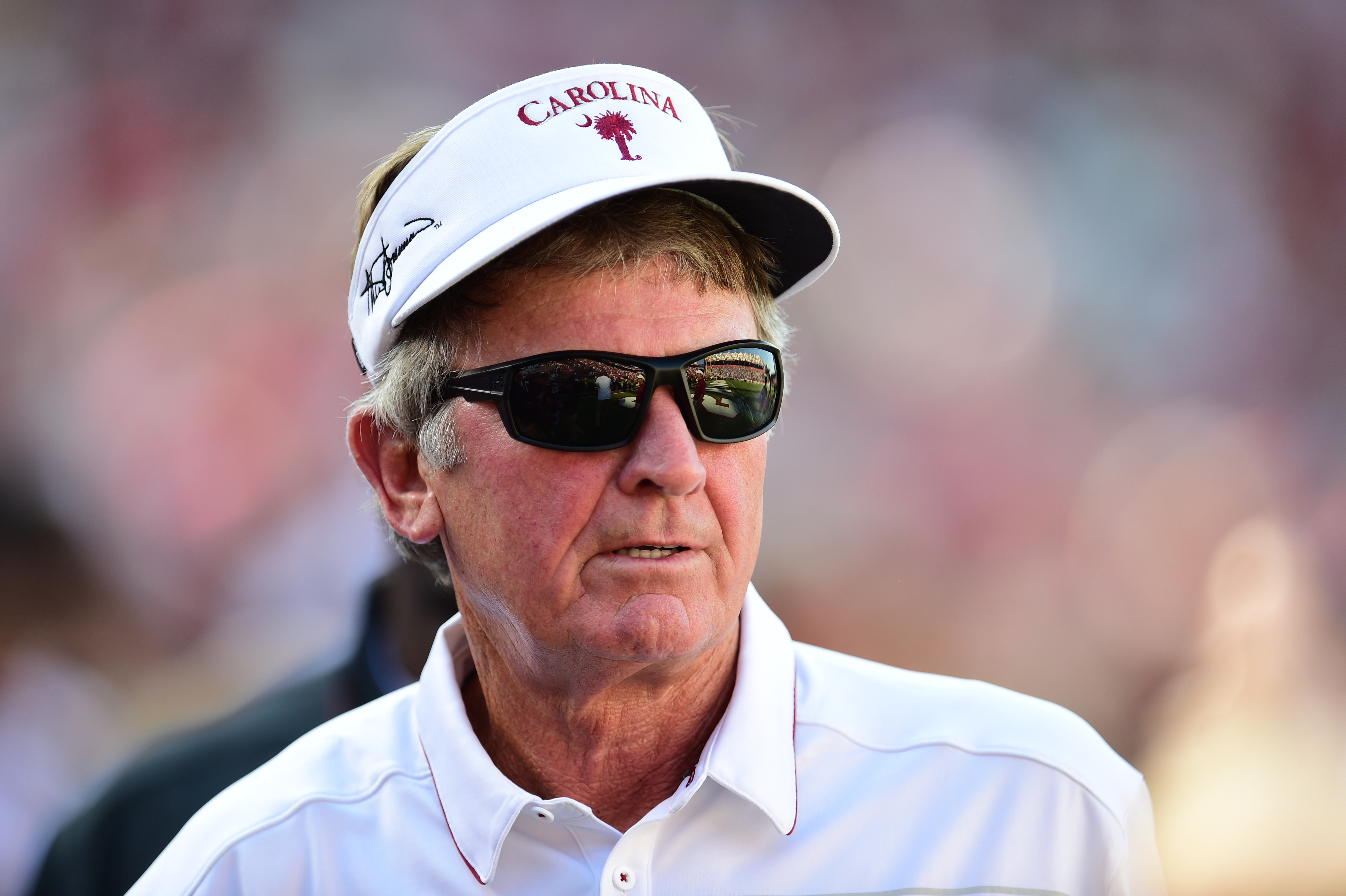 From the “I sort of always liked playing them that second game because you could always count on them having two or three key players suspended.” comment, to hanging 50 in Sanford while with the Gators, there’s no love lost between the Georgia fan base and the Old Ball Coach.

Spurrier’s last win against Georgia came in a classic match-up in 2014. With 4 minutes left in the game, Georgia trailed 38-35. The Dawgs had driven inside the Gamecock’s 10. With Todd Gurley in the backfield, it seemed inevitable that the Dawgs would score. Instead, Hutson Mason was called for intentional grounding, and a usually rock-solid Marshall Morgan missed a 28-yard field goal.

The win was the 4th for the Gamecocks out of the last 5 over Georgia.

It was also Spurrier’s 201st SEC win, tying him with Vince Dooley for second place all-time. It also moved him to 16-6 in his career against Georgia, the most wins by any coach against Georgia ever, passing Auburn’s Shug Jordan.

In what southernpigskin.com‘s BJ Bennett has described as “One of the greatest plays in SEC history.”, David Pollack literally ripped a win away from the Gamecocks with what has to be the shortest “Pick 6” in history.

Here’s hoping that this Saturday’s match-up is another classic!