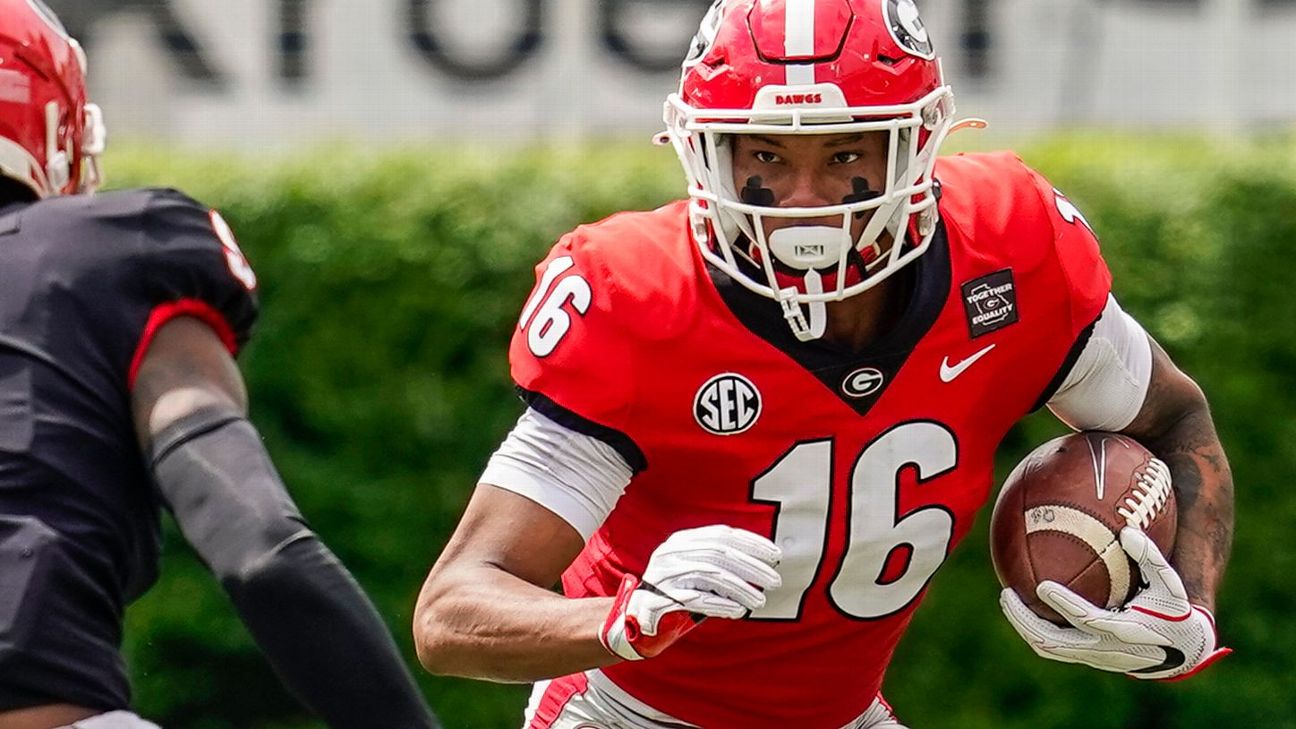 After a three-year stint at Georgia, Robertson announced today that he is headed to Auburn for his final college football season.

The number 1 receiver in the nation in the 2016 recruiting class per 247 Sports, Robertson originally committed to Cal out of high school. After garnering Freshman All-American honors, Robertson suffered a season-ending injury during his sophomore year.

After receiving a medical redshirt, Robertson transferred to Georgia prior to the 2018 season. Injuries hampered his first season in Athens, but he bounced back in a big way in 2019: catching 30 passes for 333 yards and 3 touchdowns.

Struggling to see the field due to a crowed wide receiver room, Robertson only tallied 12 catches in 2020.

2021 will be Robertson’s sixth and final college football season. He should see plenty of targets in new Auburn head coach Bryan Harsin’s offense, as the Tigers lost a ton of receiving production to the draft and graduation.

He’ll be a teaming up with former Georgia OC Mike Bobo, who was hired to the same role at Auburn.

Auburn will kickoff its season on September 4th vs Akron. Demetris will get a chance to play his former teammates when Auburn hosts Georgia on October 9th.