Young Braves: Your Reason to Watch 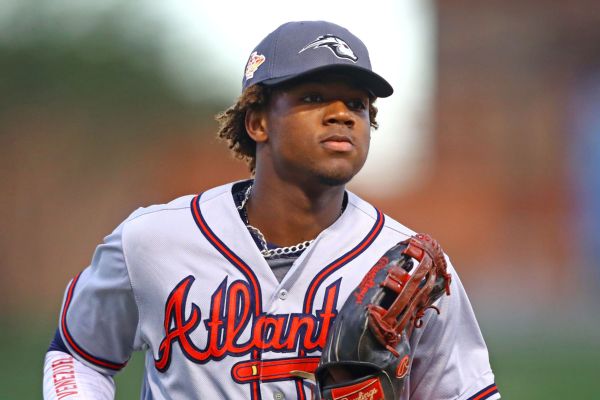 Atlanta – The Braves’ middle infield alone, should have you dancing at merely the thought of how talented and potentially fantastic it is. With Dansby Swanson and Ozzie Albies in middle at SS and 2B respectively, these two dudes are something to behold. They have an immense amount of skill and ability to play at a high level, especially Swanson after having some solid experience in the MLB last season. Ozzie Albies just got his feet wet, but still hit for a respectable .286 average along with a solid .354 OBP. Both players have the potential to be the best 2B/SS combo in the majors.

Don’t forget the 3B spot with the competition of Panama native Johan Camargo, and Rio Ruiz. Ruiz is an interesting player within himself, he did not display his best stuff in the past year in the majors after getting called up rather late. However, he did have a pretty decent minor league career after batting at a .262 over 5 years there. Camargo, on the other hand, is a player that could be very special in the coming years. Camargo is a switch hitting, consistent player on both sides of the ball, defensively and offensively. A player who hit .299 in the majors last year. His OBP could be better but he has been looking at a lot more pitches so far going in to Spring Training. Camargo deserves more respect than he has been receiving as of late. If he is given a chance to prove that what he did last season wasn’t a fluke he could be a serious threat at the “hot corner”

Luiz Gohara, Sean Newcomb, Mike Soroka, and Kolby Allard are just 4 of the pitching prospects that could be dangerous for the Braves this year. They are some serious heat throwers. Luiz Gohara and Sean Newcomb are the two mainstays on this roster as of this year. After Gohara’s meteoric rise throughout the minors last year,he looks to be a contender for the 5th starting spot even though he is dealing with a tight groin as of late. We like to talk about Ronald Acuña pushing his way up to the majors, but he didn’t make it to the majors at the end of last year. The big lefty Gohara started in Class A with the Florida FireFrogs. He played quality baseball for them and Double A and the Triple A affiliates for the Braves before heading to the ATL towards the end of the season. Newcomb has been impressive in his run with the Braves. He impressed early with a start against the Marlins in the middle of the season, showcasing a nasty curve and solid fastball along with a decent changeup. He could absolutely be apart of the rotation when the season starts.

Now, the one you’ve all been waiting for… Ronald Acuña. Acuña has been named the top prospect in baseball. He is the real deal. He plays with a swagger and projects to be the starting right fielder a few weeks into the season. His speed and defensive ability alone is something that every GM wishes they had in their starting 9. No matter which way he wears his hat, he still projects to be one of the best Braves of all time. And that’s all anyone could wish for.

The Braves have so much potential, it’s been exciting to watch in Spring Training. Acuña, Gohara, Newcomb, Swanson, Albies, Camargo, and Ruiz are just some of the reasons to watch the Braves and be excited about the upcoming season.