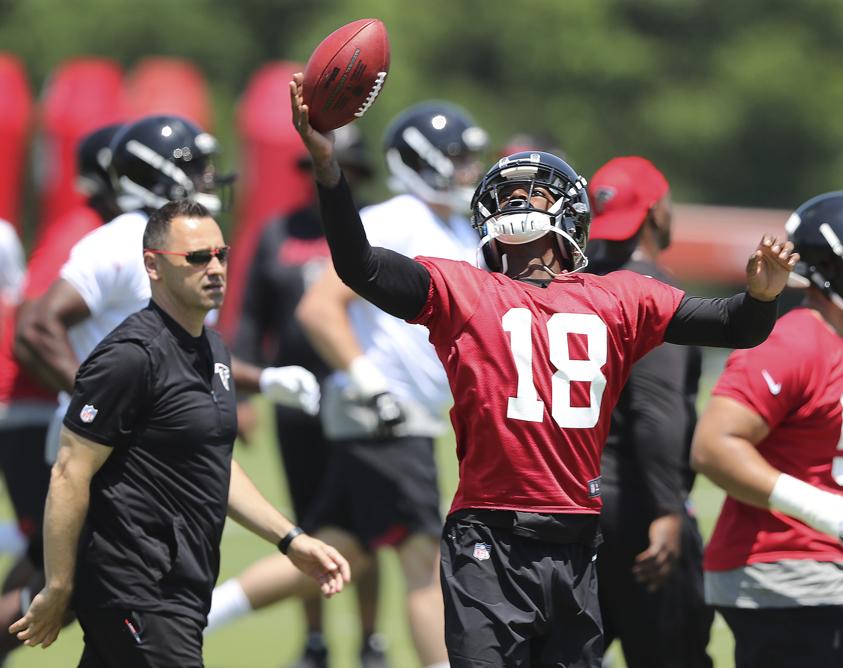 Minicamp has come and passed, and while it isn’t the most entertaining thing the NFL does, at least it is better than nothing at all.

Rookie Calvin Ridley looked sharp running routes. Ridley said in an interview on the Atlanta Falcons YouTube page that “The formations from college are the same here, the same names, the same positions. The only thing I am struggling with, not bad is my alignment and it’s easy to get there.”.

Julio Jones did not show up to minicamp as expected. Jones has 3 years left on his contract and is the 8th highest paid wide receiver in the league even though he is the only player to have 1,400 receiving yard for 4 straight years.

Pay the man his money and get Ridley and Jones working together ASAP so they can terrorize NFL defenses in 2018.