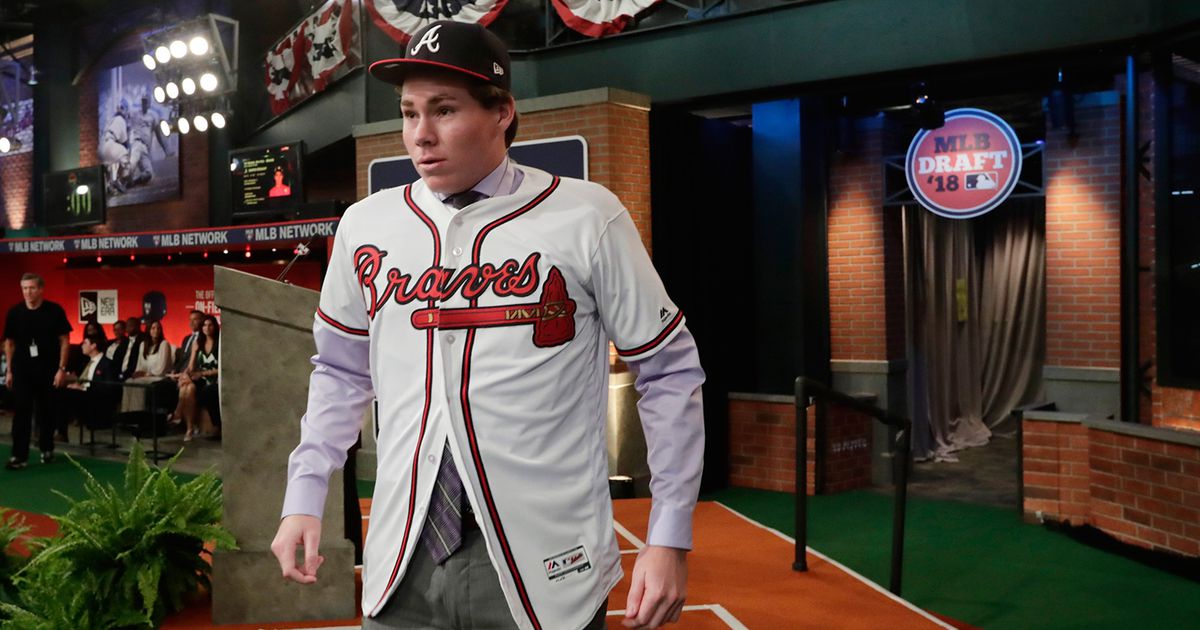 “The Queen has Spoken” Blog

Carter Stewart is a young man from Melbourne, FL (Eau Gallie HS) whose life changed forever when the Braves drafted him with their 8th pick in the 2018 MLB draft.

This spring, Stewart threw a no hitter with 18 strikeouts. He is 6’ 6”, 220 pounds and throws a fast ball at 92 mph on top of having the highest curve rate in amateur baseball.

Carter comes from a school that is no stranger to sending players to the MLB.

Jeff Tam, who pitched for the Pittsburgh Pirates graduated in 1988. Prince Fielder, was the youngest player to hit 50 home runs in a single season, graduated in 2002 and is a 6 time all-star . Tim Wakefield also went to EG, graduating in 1984, played 17 years with the Boston Red Sox. Wakefield is a 2 time world champion and is in the Boston Red sox hall of fame.

I’m not familiar with Carter’s high school coach Bob Collins from EG, but if my old coach Todd Oas who is now the athletic director, and probably still calls everyone “hoss”, has him on the staff he must be pretty good.

The Braves are a hot team right now and are looking for more young talent. Stewart is the 4th pitcher in a row taken in the first round by the Atlanta Braves.

Carter Stewart was asked about his curveball on ESPN Coastal during “Three & Out” and his response was a confident one. “It’s a pitch I have been using for years and it’s my go to pitch since I was eight or nine years old. I have always thrown it kind of the same way and it’s a pitch I can use in any count. 0-2, 1-2, 3-2, 0-1, I can go to it and throw it a strike. I feel like it keeps getting better and better. The pitch, it’s unique to me in a way when I use it.”.

The Braves organization, fans, and his hometown are looking forward to watch him grow as a player. Hopefully we get to see him get called up and play under the lights at SunTrust Park in the future. Bob Collins told me in a text “Once a Commodore always a Commodore” and I take that to heart, so congratulations to Carter and his family for being drafted.